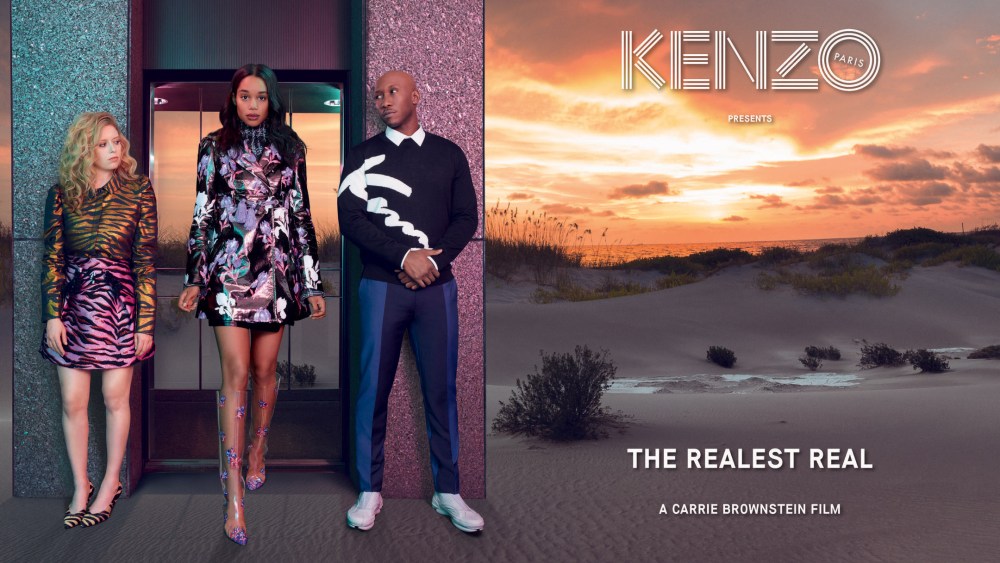 Kenzo creative directors Humberto Leon and Carol Lim have tapped Carrie Brownstein — the actress, author and musician who cocreated “Portlandia” with Fred Armisen, also costars on “Transparent” and is a member of the band Sleater-Kinney — to direct a short film for the brand, releasing the trailer today.

Titled “The Realest Real,” the film is a comedy about connection in the age of technology and features Natasha Lyonne, Mahershala Ali, Laura Harrier, Rowan Blanchard and Kim Gordon. It will premiere Sept. 12 during New York Fashion Week and will also be a part of the Kenzo fall campaign, which breaks today.

The campaign images, photographed by Mark Peckmezian, act as film posters for “The Realest Real,” and illustrate the film’s actors moving between an office environment and hyperreal landscapes.

Kenzo has done similar projects in the past, last year working with Gregg Araki on a short that screened at the Cinema Paradiso festival in Paris. For spring 2016, Leon and Lim worked with “Tangerine” director Sean Baker for “Snowbird.”