Maurizio Cattelan, Rose McGowan and Léa Seydoux were among the guests at the relaxed affair. 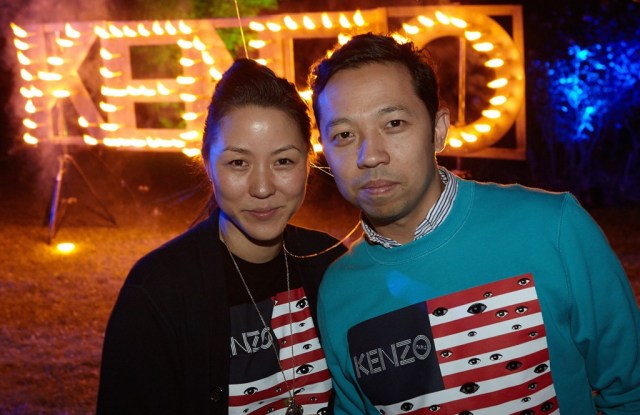 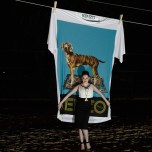 FOUR TO THE FLOOR: “Normally I rush home for Fourth of July, but this time I was like, you know what, I’m going to celebrate with all the Americans that are out here,” said Humberto Leon, who with Kenzo co-creative director Carol Lim hosted a barbecue at the Bois de Boulogne to unveil Kenzo’s new fall ad campaign developed in collaboration with Toilet Paper magazine.

A line quickly formed for the fries, hot dogs and burgers served up by the team from Little Fernand and Big Fernand, local restaurants specializing in luxury fast food.

Kenzo produced a capsule collection tied to the ad campaign and a “Kenzine” magazine and blog featuring the ad images, along with behind-the-scenes video footage.

“The day of the shoot was almost like a laboratory,” said Leon, who got roped into having his head cast in plaster.

“We’re doing these plaster molds of me and Maurizio’s hand, and that was on the cover of the magazine, and then he said, ‘Let’s do a bust of your head,'” he recalled. “Somehow people ran out, got straws and we figured it out.”

The ads will run in traditional formats as well as pullout posters in the September issues of some magazines.