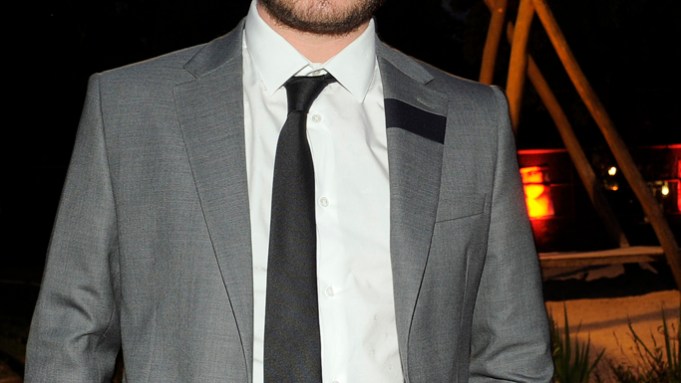 MOVIE NIGHT: Humberto Leon and Carol Lim set up an open-air movie theater in the Bois de Boulogne in Paris on Friday night for the premiere of their collaboration with American independent filmmaker Gregg Araki.

“Carol and I are huge movie buffs and for me, Gregg is, like, up there with the best of the best,” said Leon, explaining how the short film came about.

“We always kind of give people different entry points into the brand, and I think it’s exciting that some kid in the middle of nowhere is a Gregg Araki fan and is going to watch this, and I think that it’s interesting, because then he or she might say, ‘Oh, what is Kenzo?’” the designer explained.

“One of my favorite things about filmmaking is casting. I love discovering new people and working with rising stars,” said Araki. “One of the saddest things about this movie to me is just that we only shot a day and then it was over, because I wanted it to sort of go on.”

It was the director’s first time working with a fashion brand. “I could see how their sensibility very much sort of was on the same wavelength as mine, and so it was kind of pretty easy,” he noted. “My fans tend to be so loyal and they’re so passionate, and so I kind of made the movie as a little love letter to them.”

As guests gathered to watch the film on a giant screen, Araki chatted up a storm with Brady Corbet, who is putting the finishing touches to his directorial debut, “The Childhood of a Leader,” starring Robert Pattinson, Stacy Martin and Bérénice Bejo. Before anyone asks, the feature is not about Adolf Hitler or Benito Mussolini.

“The entire film is a kind of fable set around the weaknesses of the Treaty of Versailles, which is a very particular subject. But the film takes a lot of poetic license. It starts off in a place that is very correct and accurate in terms of the history, and then at a certain point, decisively takes a dive into a virtual history,” he explained.

“It’s a very, very ambitious art project and so everything that’s great about it is also what’s been very painful to make happen,” Corbet added, noting that the movie features a grand orchestral score by musician Scott Walker and should be ready by the end of the year.

Rad Hourani is finding that combining his passions for fashion and art involves the occasional hiccup: The Canadian designer was forced to cancel his couture show this season. “I wanted to do something in a theater and in the end, it didn’t work out with the actors, but it’s going to be a movie that I will preview in January,” he said.

“I’m no longer really interested in seeing models walk down a catwalk. I find it really boring,” explained Hourani, who will stage his first solo contemporary art show at the Arsenal in Montreal in November.