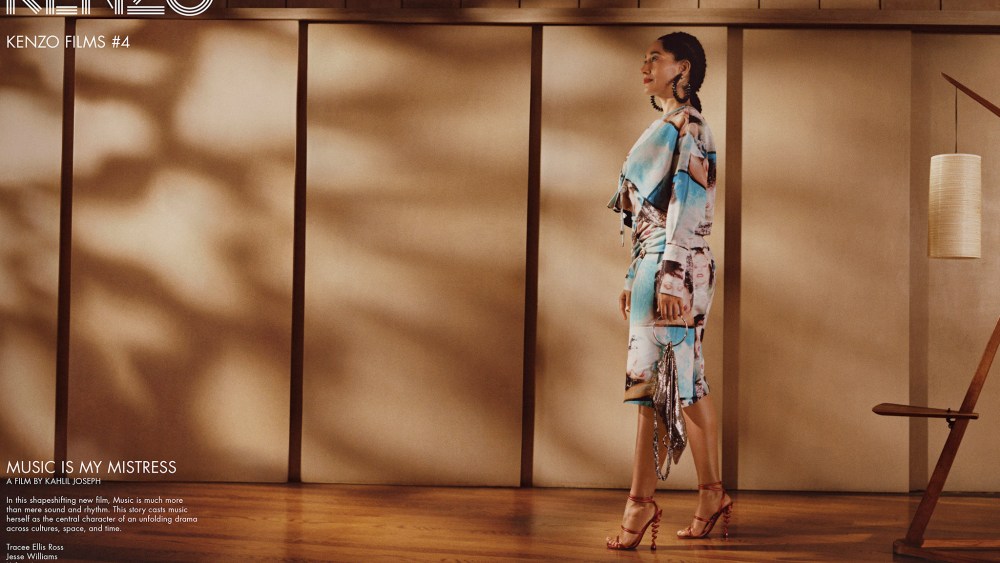 Kenzo continues its eccentric, cerebral bent with the unveiling of its spring campaign.

They have been photographed by the Los Angeles-based twin duo Jalan and Jibril Durimel, jointly referred to as Durimel. The Kenzo job marks their first global campaign.

Durimel’s images will be accompanied by a short, original film written and directed by Grammy nominee, Kahlil Joseph — who led the creative team for Beyoncé’s “Lemonade” HBO spectacular. The short — Joseph’s second work for Kenzo — is scheduled to premiere in Los Angeles on Feb. 9 in the lead-up to the Grammy Awards. It is set to be titled “Music Is My Mistress,” and marks Lu’s acting debut.

The campaign images will launch in the March issues of magazines including Vogue; T, the New York Times magazine, and Wallpaper.