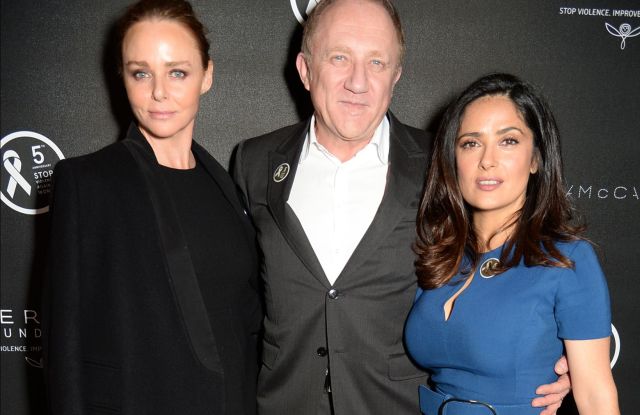 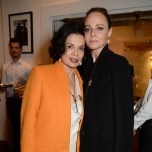 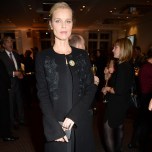 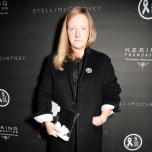 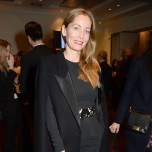 CELEBRATING WOMEN: The Kering Foundation hosted a screening of the film “Sonita” at the BAFTA theatre in London, Monday evening, to mark the 5th anniversary of its White Ribbon campaign to end violence against women.

Kering chairman and chief executive officer François-Henri Pinault hosted the event alongside his wife Salma Hayek Pinault and Stella McCartney, who designed a brooch to promote the campaign.

Pinault said that the main aim of the initiative is to raise awareness and end the silence around the issue.

“It’s a cause that is very close to my heart but also very natural for Kering; out of our 38,000 people 60 percent of them are women and the vast majority of our customers are also women.”

The organization chose to screen “Sonita” to mark this year’s initiative, a documentary by Iranian director Rokhsareh Ghaem Maghami, for its hopeful message; it portrays a young Afghan immigrant who had the courage to dream of a brighter future, despite the difficult conditions she had to endure, having fled to Iran with her sister and niece when her family was threatened by the Taliban.

“Sonita became the voice of millions of girls who cannot stand up for themselves, her story shows how important it is to combat violence and it’s encouraging us that there’s always hope,” added Pinault.

Ghaem Maghami follows 18-year-old Sonita Alizadeh in Tehran, documenting her life which revolved around working as a cleaner and studying at a center for child laborers, while dreaming of life as a female rapper. Eventually, the documentary sheds light at a longterm issue in Afghan women’s lives, who are forced to marry older men in exchange of money and face violence if they don’t consent.

“There are over 3 million Afghan women living in Iran but they are never in public and always silent so I wasn’t aware of the issue, even though I live in Iran. The documentary was the first time I had the chance to interact with Afghan women,” said Ghaem Maghami, who questions the role of the director in the film and takes an active part to stall Sonita’s family from selling her to a man and helps her escape to the U.S. to pursue her dreams of studying music.

“In film school they tell you that you shouldn’t interfere in your protagonist’s lives, you should be a fly on the wall, but from a human perspective I needed to intervene,” added Ghaem Maghami. She is now also screening the film in Afghan refugee camps across Europe in an effort to help more women facing the same future.

“I was in Afghanistan just after what we call the end of the war and I saw how strong local women were. It’s something we don’t really understand in the West because we think they are always so submissive but Sonita really gave us an example of how powerful she was,” said Bianca Jagger after the film screening.

Hayek voiced her concerns about Sonita’s niece and sister left behind in Tehran; “What interests me the most is to see if ‘Sonita’ changed these women by having the courage to change herself.” She added that she would hope the documentary was picked up by Netflix in order to reach a wider audience.