Kevin Hart to Be Face of Fabletics Men’s Line

The men's collection will launch at the end of April.

Kevin Hart in a campaign image for the new Fabletics Men line.

Kevin Hart has signed on to be an investor as well as the face of Fabletics Men, an extension of the popular women’s activewear collection cofounded by Kate Hudson that will officially launch later this month.

Hudson cofounded Fabletics in 2013 with TechStyle Fashion Group as a digital-only women’s brand. It now has more than $400 million in annual revenue, 40 retail stores and more than 1.5 million active members around the world.

TechStyle said Fabletics Men is intended to “cater to guys that the older performance brands have left behind.”

“Kevin called out the problem: a lot of older performance labels pressure you to be something you’re not. Fabletics Men works 24/7 to provide gear that works for the wearer — not the other way around.”

The initial collection will offer foundational layering pieces, performance tops and bottoms, pre- and post-workout pants, joggers, hoodies and crewneck sweatshirts. The collection will be sold online as well as in the Fabletics retail stores. It is focused on fit, function, feel and style, according to the company. 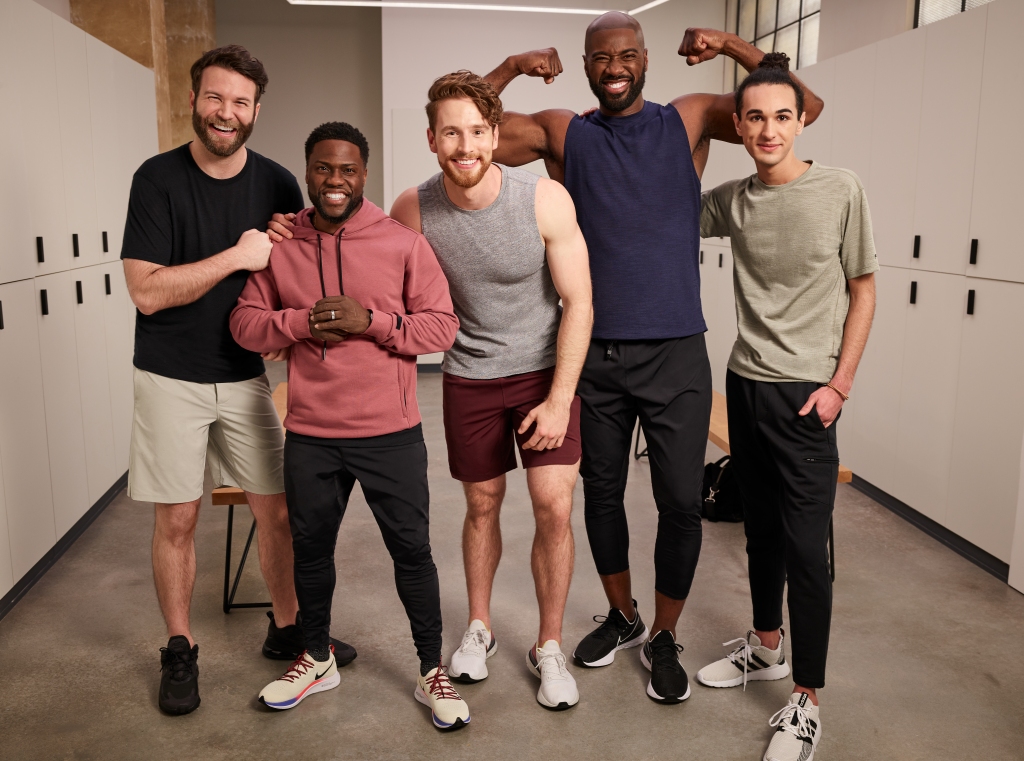 Fabletics Men will offer a selection of updated basics.

Ressler said Fabletics Men “marks a transformational milestone for the brand at large.” A beta test of the product completely sold out, according to the company, which is compiling a waitlist for what it is calling the “All-Access Launch” in late April.

At the same time, the brand is emphasizing developing and growing “The Crew,” a community for men centered around charity, wellness and community outreach. As a result of the coronavirus pandemic, through the end of May, 20 percent of Fabletics Men’s net proceeds will be donated to Heart to Heart International, a Kansas-based humanitarian organization, to distribute equipment and medication to companies in the U.S. and internationally. The company has pledged to donate at least $50,000 to the cause.

Hart, an actor and comedian, has come back from a horrific car crash that nearly killed him last fall.

“The activewear space wants to intimidate,” he said, “to get you to spend way too much cash on complicated tech you don’t need on overpriced labels, on streetwear that tries too hard to be cool. But at Fabletics Men? We’re going to give you exactly what you want at a price that won’t scare the hell out of you.”

Fabletics is one of several upstart men’s brands attempting to capture market share from the major players such as Nike, Adidas, Under Armour and Puma. Those include Rhone, Ten Thousand, Tracksmith, Vuori and others.