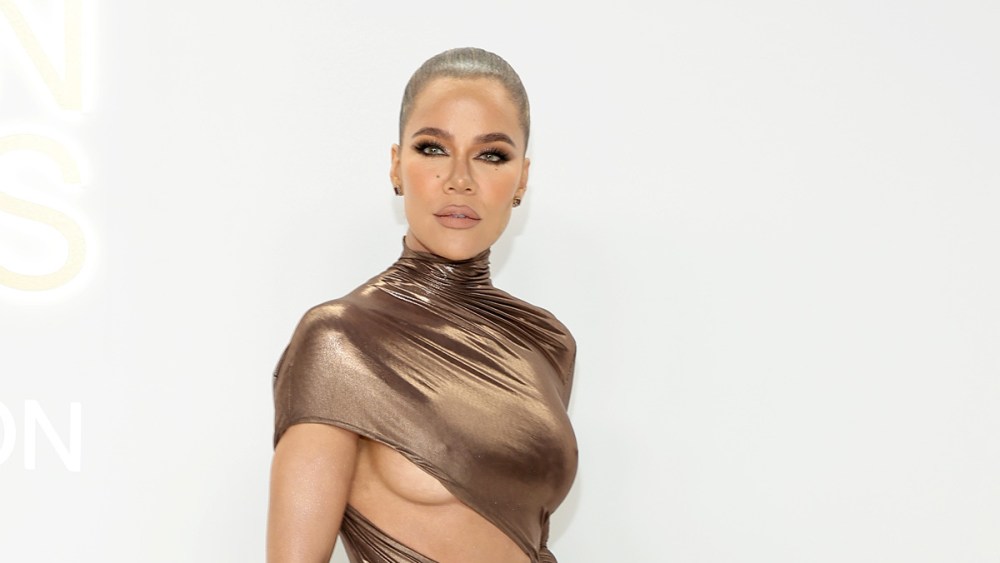 Khloe Kardashian arrived at the 2022 CFDA Fashion Awards in New York on Monday in a striking look by LaQuan Smith, wearing a sculpted bronze cutout dress for the occasion.

The one-shouldered gown featured a mock neckline, train and an asymmetrical cutout that went across her arm, chest and midsection.

For makeup, she did a smoky eye and a matte rose lip. Her hair was pulled back into a bun.

To coordinate her look, Khloe wore a pair of matching stiletto sandals and a statement ring. She accompanied Smith, who was nominated as Womenswear Designer of the Year, as his date. Khaite’s Catherine Holstein won the award.

At the soiree, she enjoyed time with her sisters Kylie Jenner and Kim Kardashian; Kim’s brand Skims received the Inaugural Innovation Award.

She also has continued to appear in a number of fashion campaigns, including the PJ Place by The Children’s Place. In the campaign, which debuted in October, Kardashian can be seen posing in the brand’s holiday-themed adult loungewear. In the same month, it was also revealed that she collaborated with her family on a Judith Leiber Couture capsule holiday collection.

The CFDA Fashion Awards recognize the industry’s most notable designers and visionaries. This year’s event, presented by Amazon Fashion, honored Lenny Kravitz, Law Roach and the late Virgil Abloh, among others. Natasha Lyonne hosted the program, and Keke Palmer, Trevor Noah, Bradley Cooper, Kerry Washington and Cher were among the presenters