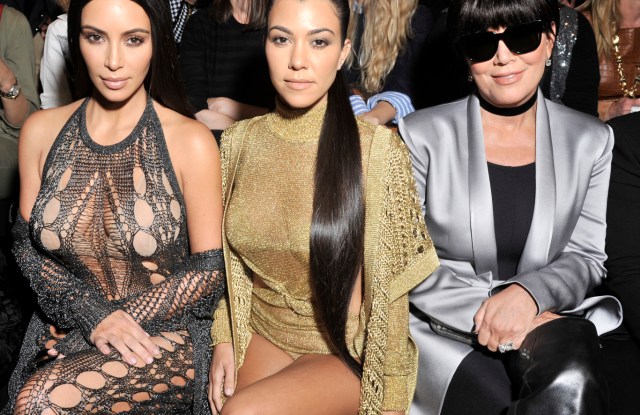 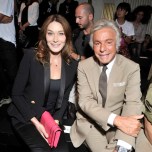 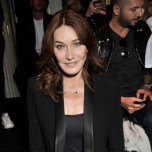 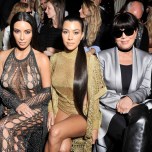 HOT AND COLD: A day after her second encounter with Russian prankster Vitalii Sediuk, Kim Kardashian was taking no chances at Paris Fashion Week.

The reality TV star was flanked by two security guards as she arrived at the Balmain show with her sister Kourtney, mother Kris Jenner and the matriarch’s boyfriend Corey Gamble. Kardashian had every eyeball in the room pinned to her curves, thanks to her barely there knit dress (yes, that was a nude bra underneath).

Her security detail kept close tabs on reporters and photographers after the incident on Wednesday in which Sediuk lunged at Kardashian and tried to kiss her bottom as she arrived at trendy restaurant L’Avenue in the French capital.

So what brought Bruni-Sarkozy, the queen of understated elegance, to va-va-voom Balmain? “Actually, I adore seeing the work of couturiers, namely young couturiers, even if it is not precisely my personal style, because I’m very curious about new design,” she explained. “I really enjoy coming back to the world of fashion, which is a bit like a family to me, so that’s why sometimes I come to the shows.”

The model-turned-singer said she has no advertising campaigns in the works, following the end of her two-year run as the face of Bulgari jewelry, and she definitely has no plans to return to the catwalk.

“Youth rules on the catwalk. I really like it when former models walk in a show, but I prefer to be down here watching them,” she explained. Especially as she may have to take up high office again soon, if her husband Nicolas Sarkozy succeeds in his bid for a second presidential term.