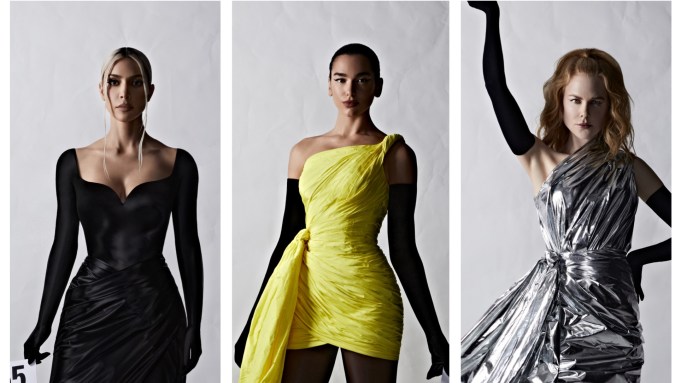 Balenciaga creative director Demna looked to several of his famous friends to help unveil his second couture collection for the design house.

The Balenciaga couture runway was just as star-studded as its front row, which saw guests including Kris Jenner and her granddaughter North West, Alexa Demie, Offset and many others.

Kardashian, whose worked closely with Demna over the last year, regularly wearing the designer’s creations, walked the runway wearing a formfitting, long-sleeve black dress complete with gloves. The look is similar to the monochromatic pieces the reality TV star-turned-entrepreneur has been wearing for her public appearances in recent months.

For Campbell and Hadid, the models were dressed in a voluminous black ballgown and a green satin evening gown, respectively.

Demna regularly makes an impact with his runway shows. Most recently, his Balenciaga spring 2022 runway show was set up like a movie premiere, and he debuted a 10-minute bespoke episode of “The Simpsons,” where the animated characters wore his Balenciaga creations.

Balenciaga Is Opening a ‘Couture Store’ in Paris