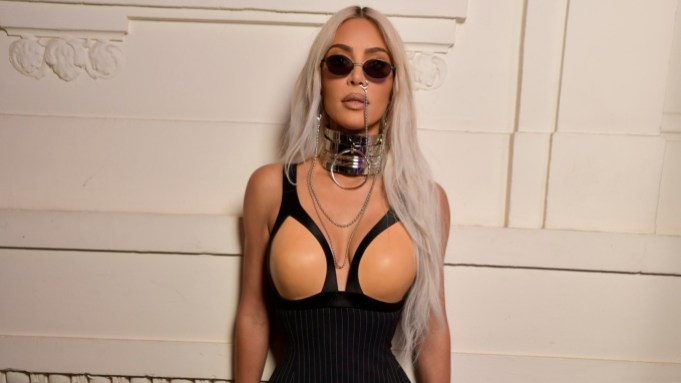 Kim Kardashian has taken Paris Couture Week by storm, making an impact for her style both on and off the runway.

The reality TV star-turned-entrepreneur made the biggest impact during couture week on Wednesday when she was tapped by her close friend, Balenciaga creative director Demna, to make her runway debut at the designer’s second couture collection for the design house. Kardashian joined Nicole Kidman, Dua Lipa, Naomi Campbell, Bella Hadid and others on the runway, where she wore a formfitting black dress with pantaboots.

Later in the day, Kardashian joined her mother Kris Jenner and eldest daughter North West at the Jean Paul Gaultier fall 2022 couture show, which was designed by Balmain creative director Olivier Rousteing, to sit front row. Kardashian and her daughter had a mother-daughter matching moment, with the two wearing matching nose rings with chains and black round sunglasses.

Kardashian’s custom bustier-style Jean Paul Gaultier look was a nod to the designer’s famous creations for Madonna, and was similar to the designs that debuted on the runway.

Kardashian’s runway looks have been equally as impressive as her street style outfits, which were also designed by Balenciaga. The reality TV star kicked off her Paris Couture Week style in a green camo-print T-shirt paired with neon green pantaboots. She was photographed on the street alongside her daughter who made an impression for her own outfit, which consisted of her father Kanye West’s Pastelle varsity jacket, black pants and Balenciaga’s chunky Crocs.

For more on Kim Kardashian’s Paris Couture Week style, click through the above gallery.