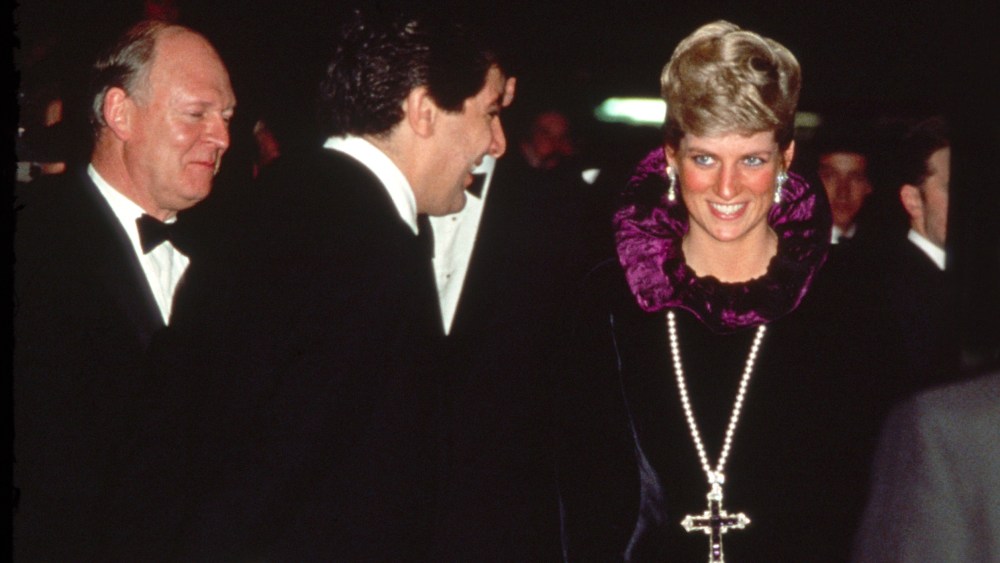 IN REALITY: Kim Kardashian outbid several other bidders in a Sotheby’s London auction Wednesday night to buy a cross-shaped pendant worn by the late Princess Diana as a necklace.

The reality star, serial entrepreneur and mother of four outbid three other competitive bidders in the final five minutes of Wednesday night’s “Royal and Noble” sale at Sotheby’s London. The final gavel for the amethyst cross went down at 163,800 pounds, or $197,453, more than doubling its pre-auction estimate. The “Keeping Up With the Kardashians” star was not in the house, but a representative did her bidding for her, according to Sotheby’s London. Weighing in at 5.25 carats, the cross-shaped pendant features square-cut amethysts and circular-cut diamonds.

Designed in a fleurée style with flowery details, the pendant was created in the 1920s by court jewelers Garrard. In October 1987, “Princess Di” brought it to the forefront by wearing it with a Catherine Walker dress to a charity gala for the nonprofit Birthright, which works for the protection of human rights during pregnancy and childbirth. The glittery purple gemstone was a loaner that belonged to the former group chief executive officer of Asprey & Garrard, the late Naim Attallah CBE. After purchasing it from Garrard in the ’80s, he let the stylish royal wear it on occasion through the years.

Touting the news of its sale, Sotheby’s London claimed that the former Diana Spencer was the only person to ever sport it and it was being shown publicly again for the first time.

Kardashian appears to have a hankering for keepsakes of style icons, having notoriously crash-dieted to don the shimmery nude-colored slip of a dress worn by Marilyn Monroe in 1962, when she seductively sang “Happy Birthday” to President John F. Kennedy at Madison Square Garden. That was a loaner, too, borrowed from the Ripley’s Believe It Or Not! Museum.

While jewels worn by Princess Diana seldom come up for auction, an amethyst-colored strapless Victor Edelstein-designed dress that she sported for a royal portrait in 1991 will soon be on view at Sotheby’s New York outpost. The frock, which she wore for that Mario Testino photo shoot, will be on view in Sotheby’s Masters Week and it will be sold in “The One” live auction on Jan. 27. The presale estimate is between $80,000 and $120,000.