In addition to the baby Yeezy Boost 350, the reality star revealed images of some Calabasas-branded attire, including sweaters, hoodies and jackets. Kardashian ended the video saying: “Kanye and I have an exciting project coming up soon.”

Speculations that the Calabasas-branded attire could be a collaboration between Kanye and Drake have started to mount, after last week a billboard reading “Calabasas is the new Abu Dhabi” appeared in L.A., featuring the logos of both West’s label G.O.O.D. Music and Drake’s OVO Sound at the bottom. The sign was widely believed to hint at an upcoming collaboration between the two artists. 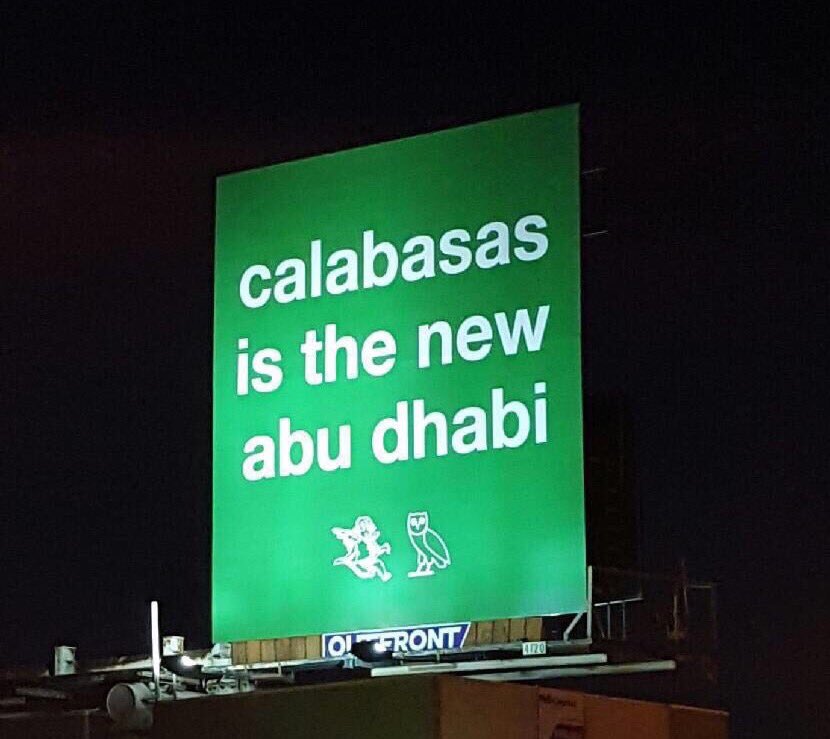 Kim Kardashian is not new to the platform when it comes to revelations: Earlier this year she posted a video on Snapchat that showed West telephoning Swift to ask for her approval about his song “Famous,” in which he mentions her. The video was the last step of the ongoing feud between the two artists with celebrities like Selena Gomez, Ruby Rose and Chloë Grace Moretz weighing in.

Earlier this year, the German sporting goods giant and the musician announced that they were launching Adidas + Kanye West, “a Yeezy-branded entity creating footwear, apparel and accessories for all genders across street and sport.”

Under the new partnership, the West-designed Yeezy products for Adidas Originals, which have been selling out within hours of release, are to extend beyond the current lifestyle focus to include performance, thus “offering options for both sport and street.”

Adidas said it plans to give the first performance items from the extended collaboration their own retail units, which are to “serve as distinct hubs for Adidas- and West-developed Yeezy products.”

The sporting goods maker and the artist started partnering in late 2013, when West switched from Nike to Adidas in a wide-ranging deal that eventually produced Yeezy Season 1. Presented in February 2015, the apparel and footwear collection drew, if not unanimous praise, respectful approval and by far the starriest front row seen throughout New York fashion week, including Beyoncé, Jay Z and Rihanna.

Kanye West is to hold his Yeezy Season 4 fashion show on September 7. West‘s representative confirmed that the show will be held in the afternoon on the first day of New York Fashion Week.

Yesterday, after West put out the call on Twitter Saturday afternoon for “multiracial models only” without makeup, hundreds of hopefuls lined up in New York City to try out to model in Yeezy show. The casting took place at Jack Studio in New York from 11 a.m. to 5 p.m., and as of 11:15 a.m. upward of 500 models lined up for a chance at their big break.

RELATED STORY: Hundreds of Models Line Up for a Chance to Be in Kanye West’s Fashion Show >>