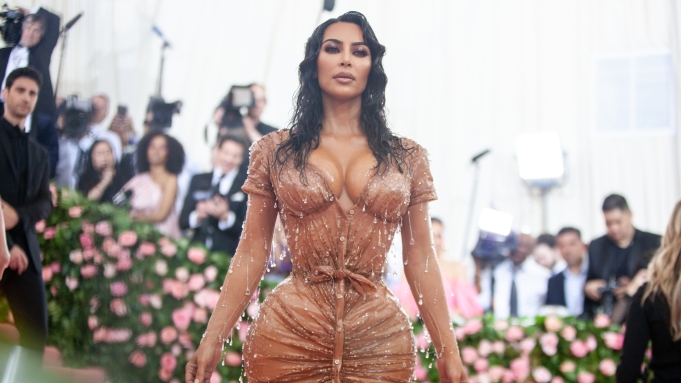 Kim Kardashian West, who turns 41 today, has emerged as one of the most recognizable names and faces in pop culture, style and business today.

However, she hasn’t always been the big name or personality she is today.

Kardashian West first started off being known as a friend and stylist to socialite and heiress Paris Hilton, frequently appearing beside her in paparazzi pictures and as a guest on Hilton’s show with Nicole Richie, “The Simple Life.” A few years later, she entered the business world when she opened a boutique shop called Dash in Calabasas, Calif. with her sisters Kourtney and Khloé.

In 2007, her entire family appeared on their own reality television series on E! called “Keeping Up With the Kardashians.” It featured her mother Kris Jenner, step-parent Caitlyn Jenner, siblings Kourtney, Khloé and Robert Jr., and her half-sisters Kendall and Kylie Jenner, and focused on the personal and professional affairs of their lives.

The series became one of the longest-running reality television shows in the U.S., airing for a total of 20 seasons from 2007 until 2021. The final season premiered in March and concluded in June. “KUWTK” became so popular that it garnered multiple spin-offs, such as “Kourtney and Kim Take Miami,” “Kourtney and Khloé Take The Hamptons” and “Life of Kylie.”

In 2009, Kardashian West released her first fragrance, self-titled “Kim Kardashian.” Into the early 2010s, she and her sisters released several clothing collections and fragrances.

Kardashian West made her first foray into the gaming world in 2014, when she created a mobile app game “Kim Kardashian: Hollywood,” with the objective of the game being becoming a big star in Hollywood. The game reportedly earned over $1 million within the first five days of release, according to the New York Times. A year later, she released an emoji pack for iOS devices called “Kimoji.”

In June 2019, she announced she would be releasing a clothing line, which was at first called “Kimono,” but after heavy backlash for seemingly disrespecting and ignoring the Japanese culture and significance of the traditional outfit, Kardashian West changed the name to Skims.

Since Kardashian West launched the brands, KKW Beauty is reportedly now estimated to be worth approximately $1 billion, with Skims recently valued at around $1.6 billion. Skims was one of the fashion brands that participated in the Tokyo Olympics, providing undergarments, pajamas, loungewear and other clothing items for Team USA.

In 2014, Kardashian West married rapper Kanye West, after dating for over two years. The two share four children, daughters North and Chicago and sons Saint and Psalm. In February this year, she officially filed for divorce from West. The former couple will still share joint custody of their children.

Throughout her professional career, Kardashian West has made serious splashes with her bold, statement-making fashion looks at some of the biggest events, such as the Met Gala.

At the 2019 Met Gala, Kardashian West made waves with her custom wet-look latex corseted dress by Mugler. At this year’s event, she wore a head-to-toe, all-black, custom Balenciaga look complete with a face covering and long hair extensions she styled in a ponytail.

Last month, ahead of the opening of his new exhibition, Thierry Mugler spoke with WWD about what it was like to work with Kardashian West.

“She’s truly a self-made woman, and she says so herself. She says, ‘Not bad for someone who has no talent, right?’ Well, her great talent above all is to have an incredible instinctive intelligence for business,” the designer said. “Her business sense is incredible and she’s constantly evolving and transforming, always at a very high level.”

More recently, Kardashian West surprised fans and critics alike when she hosted “Saturday Night Live” for the first time (wearing Balenciaga), with charisma and humility carrying her through a monologue that poked fun at her mother, her impending divorce and even O.J. Simpson.

Click through the gallery above to see some of Kardashian West’s most fashionable looks over the years.