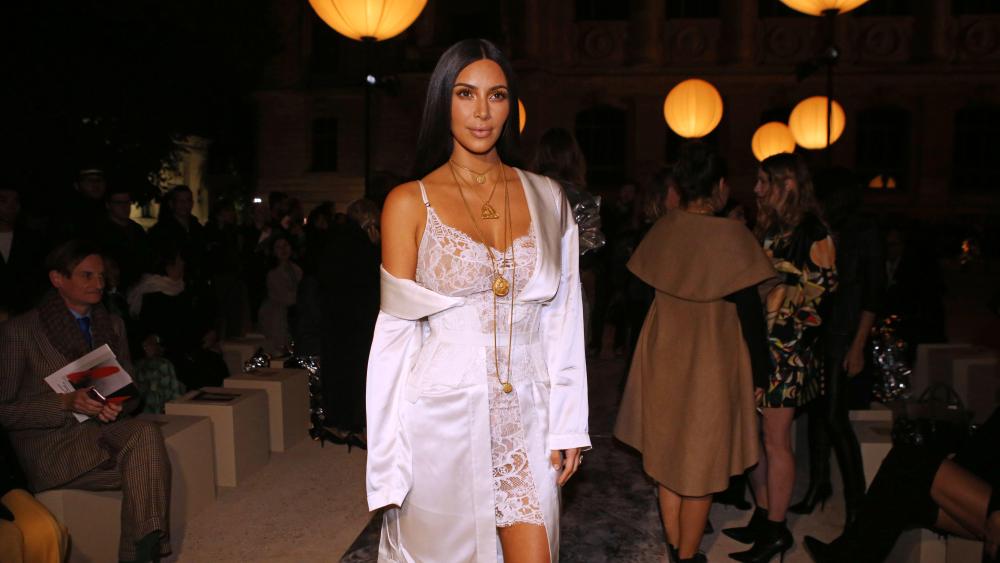 FRIGHT NIGHT: Kim Kardashian was naked under her bathrobe when two men burst into her room and robbed her at gunpoint during Paris Fashion Week last fall, according to her police statement, published on Sunday in French newspaper Le Journal du Dimanche.

The six-page document provides a blow-by-blow account of the events of the night of Oct. 3 and values the stolen goods at around $5 million — or half the $10 million previously reported.

The reality television star said she heard steps outside her apartment at the No Address residence in central Paris and called out but got no response. She telephoned her bodyguard at 2:56 a.m.

Shortly afterward, two masked men wearing police jackets entered the room with the residence’s receptionist, who had been tied up, she told the policewoman who took her statement.

One of the two men, wearing ski goggles, asked for Kardashian’s ring. After she initially feigned ignorance, the man produced a weapon and she pointed to her $4 million Lorraine Schwartz engagement ring on a bedside table.

“He pointed the weapon at me. He took the ring. He was wearing gloves. He asked me where the jewelry and money was,” Kardashian is quoted as saying in the deposition.

“They grabbed me and took me to the entrance hall. I was wearing a bathrobe, naked underneath. We then went back to the room and they pushed me onto the bed. That’s when they tied me with plastic cables and sticky tape on the hands, then they taped my mouth and legs. They carried me to my bathroom, to my bathtub to be precise,” she added.

Kardashian valued the loot at $5 million. She said she managed to free herself after the men fled and was not injured in the attack. The star left immediately after making her statement and has not returned to Paris since.

One of the thieves dropped the diamond cross in the street as he was fleeing the scene of the crime on a bicycle. A passerby later handed it in to the police, helping the investigation that led to the arrest earlier this week of 17 people suspected of having participated in the robbery. The Paris prosecutor’s office has charged 10 people, including the brother of Kardashian’s chauffeur.