The prize comes with 250,000 euros, plus mentoring from Renzo Rosso, head of Italian fashion group OTB.

Koché, Christelle Kocher’s upscale ready-to-wear label with streetwear and contemporary art references, has scooped the top prize of the 2019 edition of the ANDAM fashion awards, which is celebrating its 30th anniversary this year.

The prestigious award comes with an endowment of 250,000 euros plus mentoring from Renzo Rosso, head of Italian fashion group OTB, on matters including financial, legal, marketing, communications and production.

“There is already so much that has been done since launching the brand nearly four years ago, but thanks to this prize we’re going to be able to grow at a new speed,” Kocher told WWD at the awards ceremony, held at the French Ministry of Culture in Paris on Friday.

“Our projects range from developing digitally to recruiting additional team members, moving to a bigger studio and launching new retail spaces and pop-ups,” the designer said. “The ANDAM’s support means a lot to me and my team — especially winning the 30th anniversary edition, 30 years after Martin Margiela.”

Kocher, who founded her own brand in 2014, is also the artistic director of Maison Lemarié, one of 12 specialty ateliers owned by Chanel through its subsidiary Paraffection. At 41, the Central Saint Martins graduate has an impressive CV, with stints at Emporio Armani, Martine Sitbon, Chloé, Sonia Rykiel, Dries Van Noten and Bottega Veneta.

Her own brand, Koché, became known for its buzzy guerilla-style fashion shows, mostly held in public places around Paris and featuring street-casted models. For its resort 2019 show, the label took over the deck of the Danielle Casanova, a passenger ferry freshly returned from Tunisia to the port of Marseille, in the South of France.

The other contenders for the honor were Coperni, Hed Mayner and Kwaidan Editions. The award, whose recent winners include Atlein, Y/Project and Wanda Nylon, is open to designers of any nationality who are based in France or are prepared to establish a business in the country in the same year as receiving the prize. 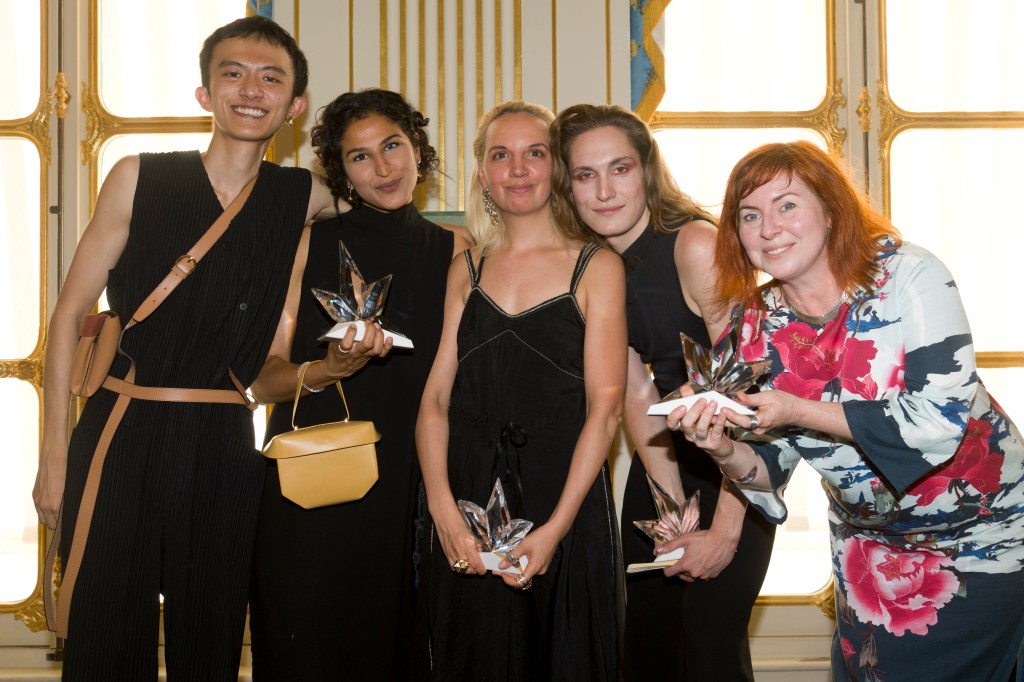 The winner of the Creative Label Prize, worth 100,000 euros, was Nicolas Lecourt Mansion, who beat out Boramy Viguier and Dawei.

“My brand has only existed since February 2018 — the collection I presented today was my fourth,” said the incredulous designer, receiving his prize from Xavier Clergerie, founder of trade show Première Classe, who is to become Lecourt Mansion’s mentor for the year.

A graduate of the Atelier Chardon Savard fashion school in Paris, the 26-year-old designer has become known for his flamboyant “ready-to-eveningwear” collections playing around with notions of gender.

“I am part of the LGBTQI community, so the fact that I have received this prize is a huge deal for the people around me who have supported me creatively,” he gushed. “That’s the future for me: I’m going to use this prize to make fashion as open as possible.”

The recipient of this year’s Accessories Award, with a grant of 50,000 euros and mentorship from Hermès executive Guillaume de Seynes, went to Khaoré. Fabrizio Viti and Kara were the other two finalists. The Fashion Innovation Prize, endowed with 30,000 euros, went to Worn Again Technologies.

All 10 finalists for the ANDAM Fashion awards will be offered guidance on brand identity from sponsor OBO, featured at the Première Classe fashion trade show and given access to a workshop in Swarovski’s showroom. 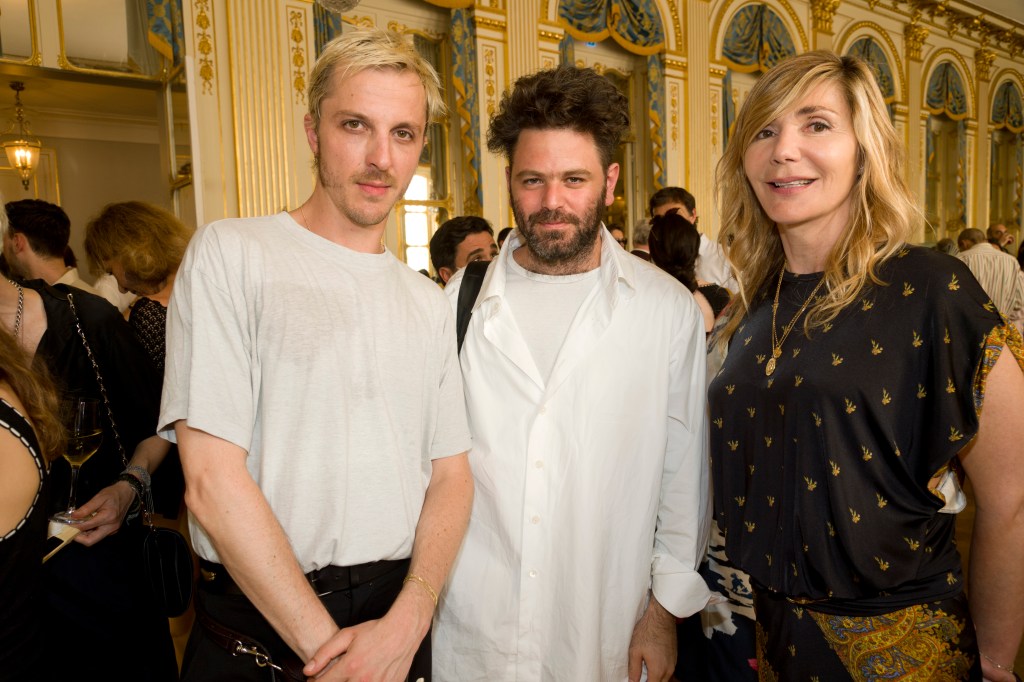 This year’s 27-strong jury was composed of fashion executives, editors, actresses and models, including Martin Margiela, the winner of the inaugural award in 1989. The reclusive designer participated remotely in the jury selection and prize-giving ceremony.

ANDAM, the French acronym for the National Association for the Development of the Fashion Arts, is financially supported by private and institutional partners including Chanel, LVMH, Galeries Lafayette and Swarovski.

Founded in 1989 by Nathalie Dufour with the support of the French government and with the late Pierre Bergé as president, ANDAM has been a springboard for designers who would go on to achieve international recognition, including Martin Margiela, Christophe Lemaire and Jeremy Scott.