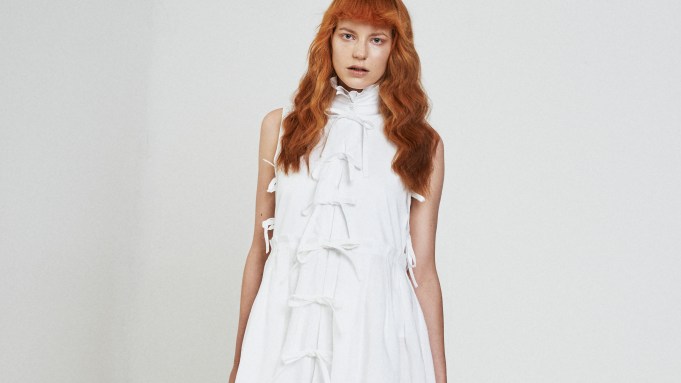 The designers featured are:

A playful apparel and accessories brand designed by sisters Summer Bomi Ha and Bobae Ha. It was established in 2010 and has a strong connection to the world of K-pop celebrities including the band Girls Generation.

Designer Injoo Lee uses organic fabrics and a blend of traditional South Korean textile innovations and modern pattern cutting techniques to create artistic pieces for this brand. It debuted in 2015.

This brand uses mixed materials and unusual pattern designs to achieve a high-fashion look. Greem Byun founded the label in 2012.

This London-based knitwear brand is designed by Jiwon Ree, who won the inaugural Alexander McQueen Scholarship prize. She is a graduate of the Academy of Arts University in San Francisco and has worked at both Alexander McQueen and Roland Mouret.

As WWD reported Wednesday, French luxury brand Moynat just opened two stores in Seoul. Between 2015 and 2030, South Korea is expected to leapfrog both Switzerland and the Netherlands in terms of high-net-worth individuals to join the top 10 countries, according to a recent Euromonitor International report.