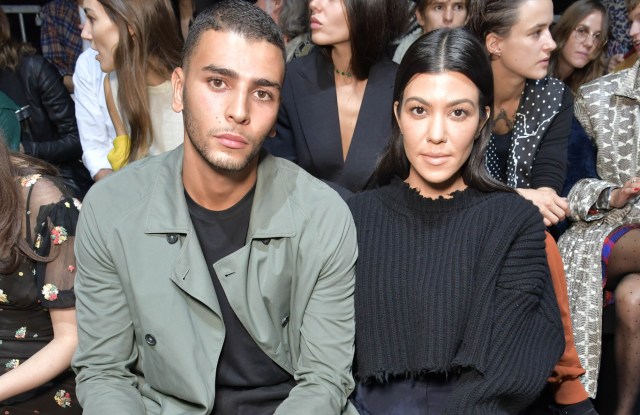 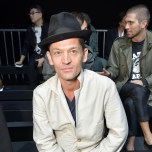 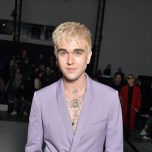 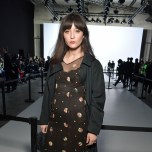 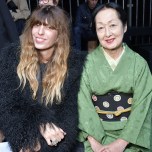 BARE NECESSITIES: It seems going topless has become a tradition at the Haider Ackermann show. After Nicki Minaj in March surprised fellow guests by exposing a breast — and diamond-shape nipple pastie — as part of her look, this season it was over to Gabriel-Kane Day-Lewis, who showcased his bare chest and tattoos under a lilac suit. The singer-songwriter looked liked he’d just rolled in from a night out, bypassing his bed. “I’m definitely underdressed for the weather,” he conceded, slipping into his seat next to Lou Doillon all snuggled up in a black Mongolian fur coat. Doillon said next week she’ll be performing gigs with former Pulp guitarist Richard Hawley and John Grant.

A few seats down, a dapper looking Daniel de la Falaise said he is working on a book about the “love affairs” that occur between the realms of fruit, herbs and vegetables. “It’s a celebration about the natural synergies that occur, with fish and meat playing a complementary role. It will be essays on these love affairs; it’s the logic that every vegetable keeps a mistress in the herb garden.”

Proudly patting her belly, Irina Lazareanu revealed that she is expecting her first baby. When asked if she could reveal who the father was, she replied: “We’re going to talk about it when the time is due, it’s an old friend.” Lazareanu said she’s just wrapped a documentary on the music industry in England, called “Diary of a Poet” and starring Pete Doherty and “The Libertines gang,” that will be screened at the Berlin International Film Festival in February. “I wanted to do something really positive on my friends because I think a lot of the time they’ve been painted in a really negative light. I mean, they’re all nutters, but they’re also amazing artists,” she said.

Joined by her beau Younes Bendjima, and dressed in a distressed ribbed black sweater and navy pants, a timid looking Kourtney Kardashian — one of the few Kardashian-Jenner sisters who is not in the family way, as far as the world knows — slipped into her seat just before the show. Kardashian, who over the past few days has taken in a soccer match between Paris Saint-Germain and Bayern Munich at the Parc des Princes and visited Disneyland Paris, said Ackermann was the only show they’re planning to attend. “We just really like his vibe and felt like coming to see his show this morning, but we’re really just here to see Paris,” she said as the lights went down.