The actress joined guests including Lily-Rose Depp, Tilda Swinton and Kaya Scodelario at the show in Hamburg. 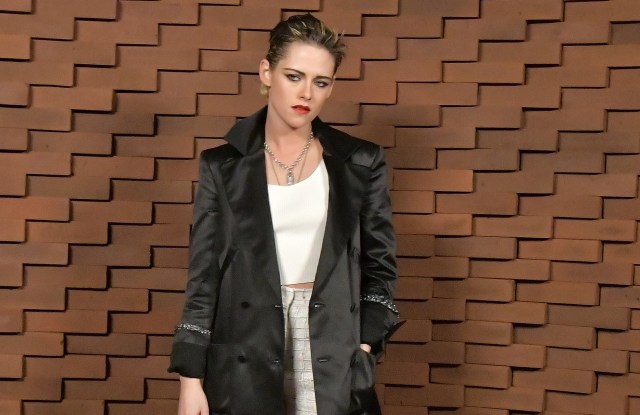 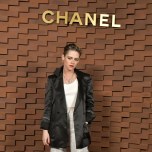 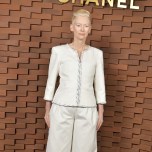 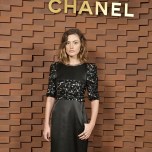 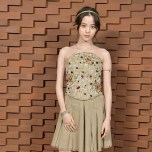 GIRL POWER: Kristen Stewart won’t say if she’s officially on board for Sony’s “Charlie’s Angels” reboot, but she’s a big fan of the project. Speaking after Chanel’s Métiers d’Art show in Hamburg on Wednesday, the actress revealed she is up to speed with the planned film, to be directed by Elizabeth Banks.

“Whoever ends up being in that movie, I can tell you right now — because I’m friends with Liz Banks — I mean, I can tell you it’s going to be really good,” she said, adding that she is a fan of the story about members of a female private detective agency.

“I think it’s a good time right now to do another one, because we’ve all changed so much. Women have changed so much, or at least maybe just, you know, perception and the cadence and volume of the voice of women has definitely changed. And I know Liz pretty well, and she’s going to reflect that, and I think it’ll be something to be really proud of,” she added.

The “Twilight” actress, who in recent years has starred mainly in independent films, has also made her first foray into directing with the short “Come Swim,” recently released as part of Refinery29’s female-focused Shatterbox Shorts program.

Fittingly — since the venue of the Chanel show was the Elbphilharmonie concert hall overlooking the port of Hamburg — the film is all about water.

“It scares me. It’s just it’s something that’s so essential and vital, yet so utterly overpowering, and it’s kind of one of those things, you know, it’s just a really good metaphor: if you fight something like that, you’re going to tire and drown,” Stewart said, adding that the film is about allowing yourself to float rather than struggle.

Kaya Scodelario, attending with her husband Benjamin Walker, was also mulling more female-centric projects after starring in blockbusters including the “Maze Runner” series and “Pirates of the Caribbean: Dead Men Tell No Tales.”

“In February, I’m doing a movie called ‘Die in a Gunfight,’ which is a really cool kind of independent ‘Romeo and Juliet.’ It’s kind of a bit grittier, a bit dirtier. It’s something that I’ve been passionate about, because I’ve done a lot of franchises recently and I want to get back to doing something a bit more real,” she said.

“The reason we do the big franchises is to entertain, but also to then be able to finance our own work, and I have a female writers’ group that I work with and I really want to produce something with those women. That’s my next kind of step,” Scodelario added.

Walker is also branching out. “I’m producing a nonscripted television show about the history of stand-up comedy,” he said. “It’s Anthony Bourdain for stand-up, basically, so we go to different communities and find out what’s funny about that community and how that informs their sense of humor.”

Tilda Swinton felt right at home watching models snake around the futuristic concert hall to the strains of a live orchestra, conducted by British cellist Oliver Coates. “It felt sort of [like] we were underwater, so smooth and comfortable, the whole thing,” she enthused.

The actress plays Madame Blanc, the artistic director of a dance company, in Luca Guadagnino’s remake of Italian horror movie “Suspiria,” which also stars Dakota Johnson and Chloë Grace Moretz. “I’ve always performed live, so it’s quite a natural space for me,” she offered.

Lily-Rose Depp, meanwhile, just shot a French movie called “Les Fauves” directed by Vincent Mariette. “It was really, really beautiful,” she said of Karl Lagerfeld’s collection. “I was really moved by the philharmonic and the entire venue and just the aura and the energy.”

“This is my first fashion show ever,” confessed director Tom Tykwer. “I was very impressed, but I thought it was a bit much to take in at once. As a novice, I was shocked how quick it is. It could have gone on for an hour, and I wouldn’t have been the slightest bit bored.”