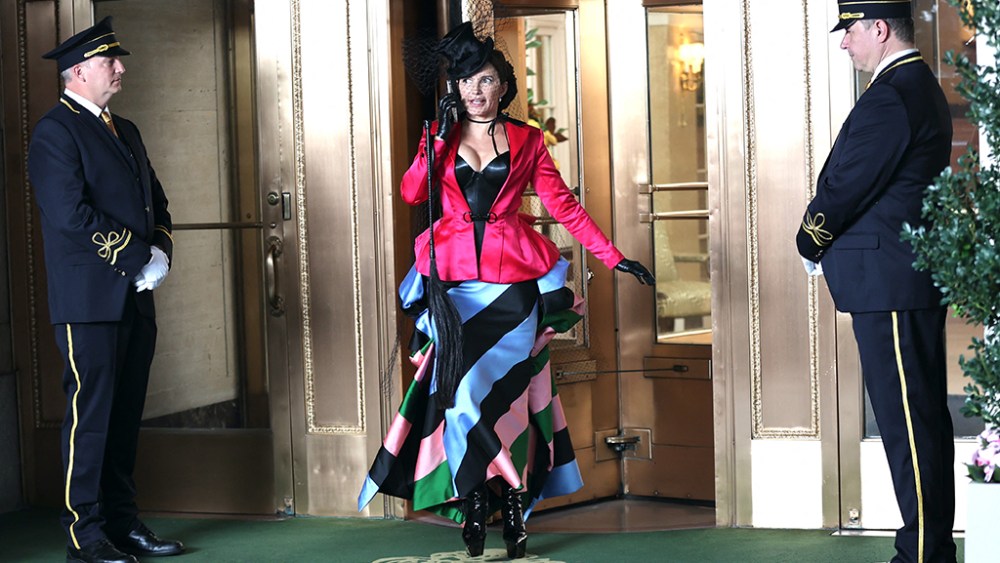 Kristin Davis turned heads in New York City’s Upper East Side on Tuesday while filming season two of “And Just Like That” in a Stephen Jones Millinery fascinator and a striped skirt.

The actress filmed scenes wearing the black fascinator embellished with a large veil designed in the shape of bow. Davis coordinated with a bright pink blazer over a black corset.

Accessories included a thin black ribbon wrapped around Davis’ neck, a pair of black leather gloves and a pair of pearl studded earrings by Fry Powers.

Rogers and Santiago have featured top brands on the show, including Valentino, Oscar de la Renta and Manolo Blahnik.

“And Just Like That” season two is currently filming. In addition to Davis, the show’s main cast, including Sarah Jessica Parker and Cynthia Nixon, are returning.