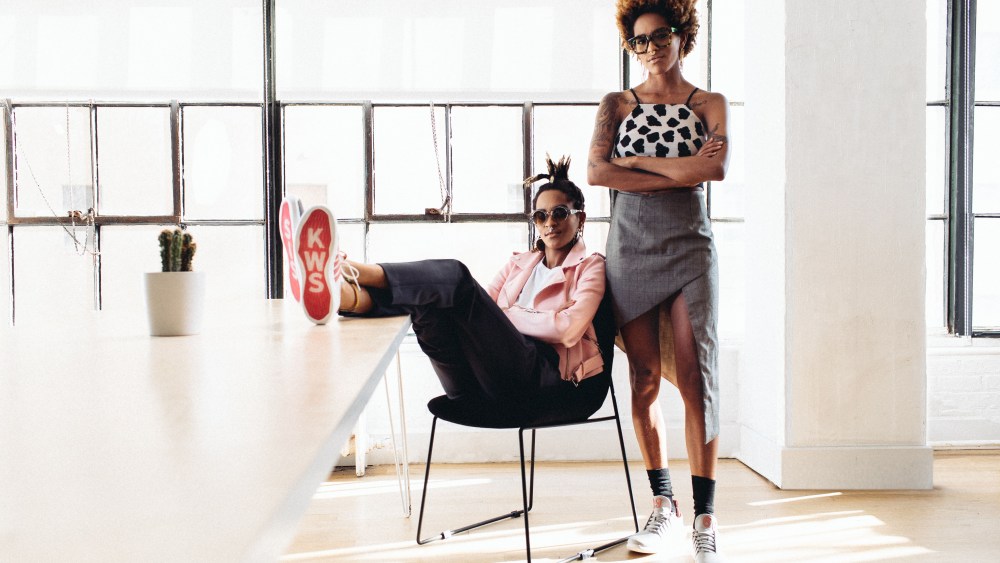 YOUNG GUNS: K-Swiss continues to press ahead with marketing that aims to make the brand relevant to a new generation of customers.

The Los Angeles-based firm’s Generation-K collection totals three styles priced from $65 to $100. The product is being supported by a new campaign highlighting a group of entrepreneurs it thinks will resonate with Millennial and Generation Z customers. Those individuals include VaynerMedia chief executive and cofounder Gary Vaynerchuk; Elliot Tebele, who started off on Instagram as @f–kjerry, and now counts 12.4 million followers and operates the full-service media agency Jerry Media; Karen Civil, a social media and marketing strategist who got her start running a fan site for rapper Lil Wayne; streetwear designer Anwar Carrots; and twin sisters Corianna and Brianna Dotson, founders of eyewear brand Coco & Breezy.

“The origin of this campaign came from a consumer insight, that today’s youth aspire to be ceos more than athletes or celebrities,” said K-Swiss president Barney Waters. “Entrepreneurs aren’t wearing suits. These days it’s T-shirts, jeans and sneakers.”

The latest campaign follows a number of moves K-Swiss has made to help boost the brand in the market. It moved to downtown from Westlake Village earlier this year. That followed an executive change-up last year that saw the promotion of Waters from chief marketing officer to president. Earlier this month it enlisted members of the band DNCE — composed of Joe Jonas, Cole Whittle, JinJoo Lee and Jack Lawless — as its global brand ambassadors with the first campaign featuring the band in retro tennis looks.

K-Swiss Global Brands global marketing director Patrick Buchanan said at the time of the deal with DNCE: “This is definitely about bringing new people into the brand. We saw some of our biggest times in the Nineties. We definitely know a lot of people from that era know K-Swiss, but when it comes to younger people they don’t know.”

Westfield Aims to Differentiate with Boost to Service Offerings

The Rise – and Ugly Fall – of L.A. Retailer Kitson