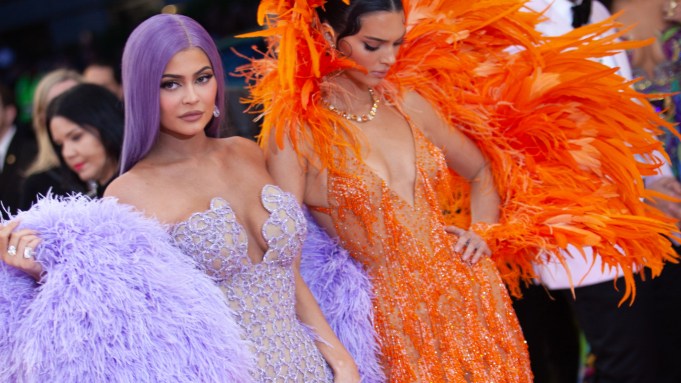 Kylie Jenner, one of the biggest names in television, pop culture and fashion, turns 25 today.

One of five sisters in the Kardashian-Jenner clan, who were best known at one point in time for their reality television series “Keeping Up With the Kardashians,” Jenner has emerged to become one of the most recognizable faces in the social media and beauty worlds today.

She is half-sisters with Kourtney, Kim, Khloé and Rob Kardashian from their mother Kris Jenner’s first marriage to famous lawyer Robert Kardashian until their divorce in 1991, and is one of two daughters from her mother’s second marriage to retired Olympic medalist Caitlyn Jenner, alongside Kendall Jenner.

Like each of her siblings, Kylie Jenner launched her own business venture, and introduced Kylie Cosmetics in November 2015 with the now-iconic Kylie Lip Kits that included a duo of liquid lipstick and lip liner.

From there, Jenner continued to grow her business by expanding her product lines, adding eye shadow palettes, brushes and highlighters, and other products, as well as through collaborations with her own sisters or famous franchises.

In May 2019, Jenner launched Kylie Skin, then in September 2021, she released Kylie Swim and then Kylie Baby, a line of safe and clean baby products.

In November 2019, Coty Inc. purchased a 51 percent controlling stake in Kylie Cosmetics for $600 million, giving the company a valuation of approximately $1.2 billion.

Over the years, Jenner has emerged as a style star, working closely with designers such as Olivier Rousteing for Balmain, Donatella Versace for Versace and the late Virgil Abloh for Louis Vuitton.

Most notably, for the 2019 Met Gala, which had the theme “Camp: Notes on Fashion,” Jenner and her sister Kendall wore lavender and bright orange embellished ensembles by Versace, respectively, complete with Jenner wearing a matching purple wig. It has emerged as one of the more iconic matching outfits from recent Met Gala editions.

Click through the gallery above to see some of Kylie Jenner’s most stylish moments over the years.