Laura Carmichael, Pixie Lott and Melissa George were also among the guests. 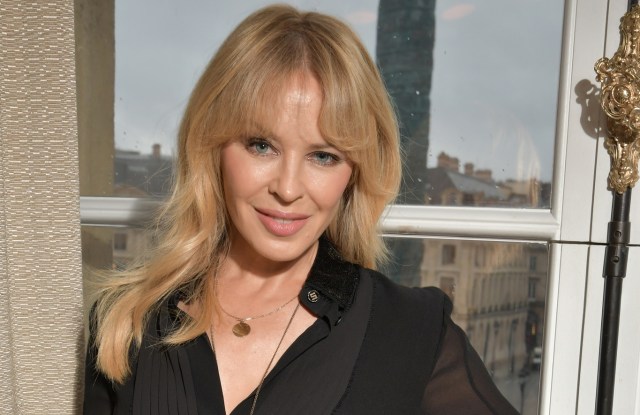 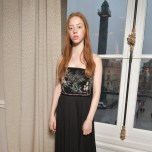 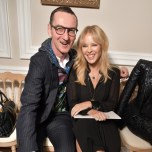 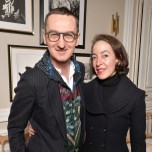 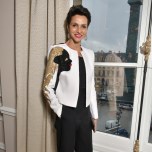 TALENT SHOW: Kylie Minogue was buzzing from the positive feedback for her new single, “Dancing,” which dropped last Friday, she said at the Schiaparelli haute couture show Monday morning. “It’s been incredible, you never really know until it goes out into the wider world,” she said of the country-inspired tune, which is the debut track off her upcoming album, “Golden,” due out in April.

“Next, we’ll get into the album campaign, and then we’ll probably do some showcase shows, just small shows, and hope to tour by the end of the year,” said the songstress, who sat between compatriot Melissa George and “Downton Abbey” star Laura Carmichael at the show. “When we do the smaller shows it’s really exciting for the first time to interpret songs from the album, because so far they only exist in the studio,” Minogue continued.

Pixie Lott also has a new single coming out in March, and is set to reprise her role as a coach on the U.K. version of “The Voice Kids,” with filming starting later this month.

“I loved it last year, I couldn’t believe how great the kids were, they were much better than the adults, in my opinion,” she said.

But she also has a more personal project on the cards — her wedding to fiancé Oliver Cheshire, who accompanied her to the show. “We keep saying September but we haven’t fixed the exact date yet,” she revealed. “We’ve said in the countryside somewhere, in England, but we’re not sure where, we need to look at some venues and then pick.”

Her choice of dress is also still up in the air. “I have no idea about my dress yet, but something very timeless and glamorous that hopefully I won’t look back on and regret.”

Carmichael, who was keeping mum about upcoming work, was boosting her mood by taking inspiration from the runways. “January is gray and wet, today particularly, so it’s fantastic to come. I saw Paul Smith yesterday. To see his exciting palette was really joyful and I feel this is going to be similar,” she said before the show.

Also in attendance was young actress and model Lily Newmark, whose current projects include a BBC version of “Les Misérables” and a comedy movie with Werner Herzog, the rising actress and model said. “It’s basically a comedy focusing on fake news and warfare,” she said of the latter. “Very topical.”