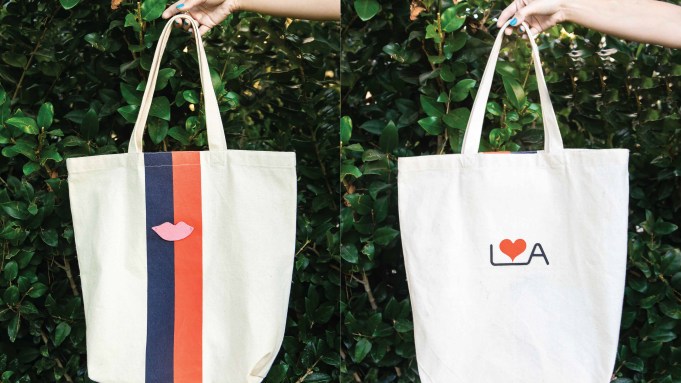 Los Angeles Mayor Eric Garcetti will be among the luminaries at tonight’s Westfield Century City opening night gala, but he’ll be doing double duty as he presides over the opening of the L.A. Original pop-up shop there.

“Because L.A. is the creative capital of the world and America’s largest manufacturing hub, this program began with the desire to support and promote those legacy industries,” said Garcetti, who added that the program’s proceeds will support creative entrepreneurs across the city.

“The L.A. Original logo can be used and elaborated on by local makers, artists and manufacturers to indicate that a product was designed, produced or assembled in the Los Angeles area. Makers can design, create, sell and export their products in one place, and this pilot collection of unique products, from diverse creators across Los Angeles, will help people around the world understand and represent what it means to be an L.A. Original,” he said.

The L.A. Original logo and promotional campaign were created by 72andSunny and the product line was developed in conjunction with Brand Studio CAA-GBG. In addition to being available at the pop-up shop, it will also retail at the Library Store at the Los Angeles Public Library Central Library starting in mid-October, and online through laoriginal.com, through December 2017.

Proceeds from the sale of items will support MADE by DWC, a social enterprise created by the Downtown Women’s Center that teaches creative and entrepreneurial job skills, including sewing and candle making, to women transitioning out of homelessness. Though the program is a pilot, the intention is to scale it over time.