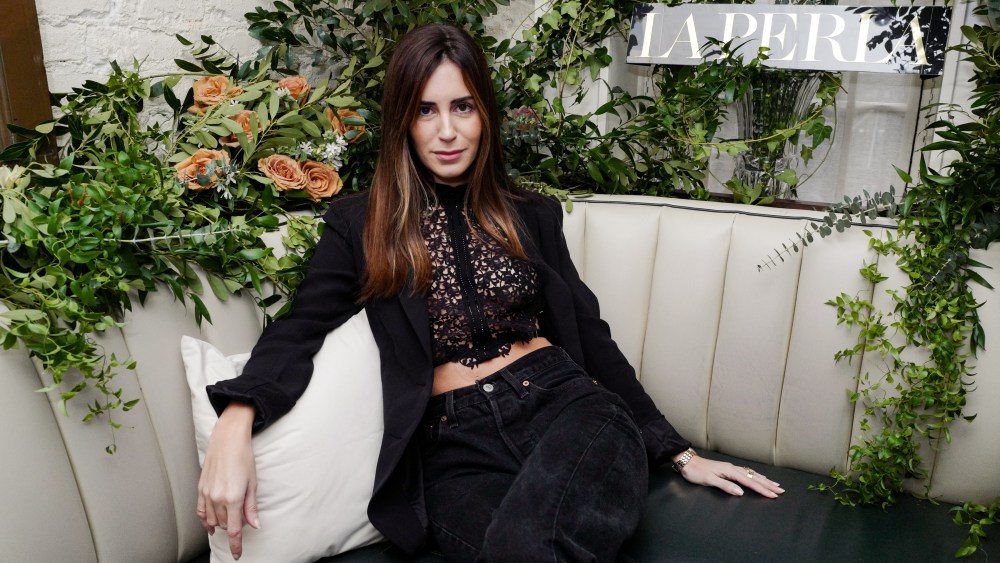 For its 65th birthday, the luxury Italian lingerie brand celebrated with a plethora of fresh flowers, white candles and influencers, all of which overflowed the tiny West Village eatery Caffe Dante Wednesday for a lunch hosted by Spanish fashion designer Gala González.

“We share the same values,” González told WWD, regarding her affinity for La Perla. “We like elegant, yet timeless pieces.”

González, who launched her first collection, a line of resortwear, six months ago, said she wanted to throw a party for both La Perla and friends, all of whom she said share similar qualities: effortlessly elegant and sexy.

That includes the designer, who was wearing a sheer lace La Perla top — sans bra.

“I’m almost naked, but not naked,” she said. “I went for it. I just grabbed some nipple covers and was ready to go. It’s kind of out of my comfort zone — wearing a bra that’s not just a bra. But it becomes part of your outfit. It’s an added touch.

“All women, we have the same issue: We’re always trying to find the perfect fit,” González continued. “There are a lot of brands and they offer a lot of products. However, practicality and design are the two key things that a woman is always looking for. Something that looks good, but it feels right.”

González, who has been working in London for the last 13 years (her father is fashion designer Adolfo Domínguez), said that’s what’s missing from the fashion today, especially in intimates. That’s why she set out to create a collection of accessible luxury pieces that are both comfortable and elegant.

“Accessible, yet tailor-made,” the designer said. “In Europe, we have high street brands, like H&M and Zara, but we don’t spend money on beautiful dresses, for example, that costs $300, rather than $1,000. That’s what inspired my brand.”

Although she doesn’t have an intimates collection at present (her line of resort includes a bikini) she said she’s open to creating one in the future, even working with La Perla on a collaboration.

La Perla, meanwhile, which was founded in 1954 in Italy, and includes sleepwear and swimwear, in addition to its signature lingerie, went public in Paris last September under La Perla Fashion Holding N.V. Company shares have fallen by more than 12 percent since then. In October, the parent company launched La Perla Beauty. The lingerie brand is celebrating its 65th anniversary with Macramé Noir, a limited-edition collection designed by creative director Alessandra Bertuzzi.