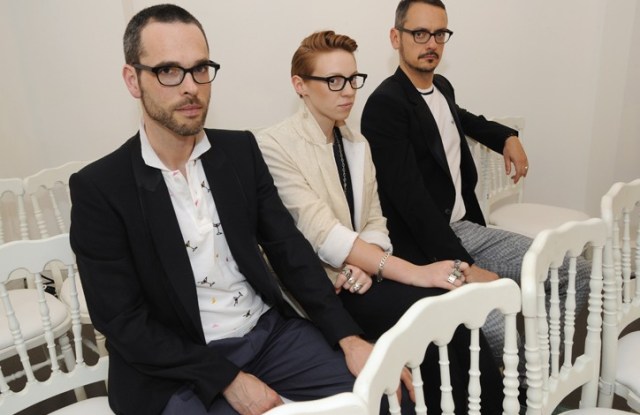 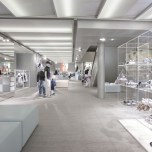 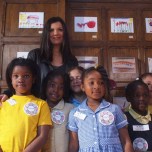 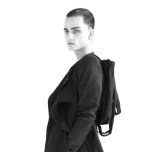 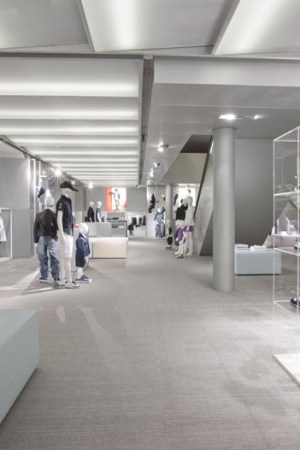 IN FOR THE THRILL: Pop sensation Elly Jackson, aka La Roux, will be the surprise guest opening Paris men’s fashion week at Viktor & Rolf today. “I love suits. I wouldn’t feel comfortable in girls’ clothes,” said the boyish redhead, who heads next month to Miami, San Diego and Los Angeles for some warm-up gigs ahead of a big U.S. tour in November. “Apart from [hairstylist] Charlie Le Mindu, I’ve never been to a fashion show before.” For today’s show, Jackson will wear a Viktor & Rolf men’s tux, paired with the designers’ signature specs. “We love her style. We love her authenticity. We love the way she plays with gender. So it felt logical. She’s right for our men’s clothes,” Viktor Horsting said. She could be right for men’s accessories too. On the runway, the designers will unveil their first collection of men’s bags. The duo could also be set for some air time on YouTube — if Jackson has her way. “I’ve asked them to play a role in the new ‘In For the Kill’ video,” she said with a grin. “There’s a part they’d be perfect for. Hopefully they’ll be into it. If not, we’ll have to find look-alikes with glasses.”

MOVING DOORS: Don’t go looking for the Armani Junior store in Via Montenapoleone. The company has moved the boutique to the Armani/Manzoni 31 megastore a few steps away. Armani Junior comprises three different lines — baby, junior and teen, but the latter will no longer be carried by year’s end. The 3,229-square-foot space on the lower ground floor was previously occupied by Armani Casa and features clean lines and pastel colors. The upper eight levels of Manzoni 31, or the future Armani Hotel Milano, are currently under construction. The designer’s second hotel after Dubai is slated to be unveiled in 2011, having been postponed from the previously estimated 2010 opening.

EDUN HITS LIBERTY: Ali Hewson made an early call at Liberty of London Wednesday morning, to launch her Edun label’s pre-fall capsule collection and a pop-up concession at the store. Hewson, who’s married to U2’s Bono, also invited a gaggle of 6-year-olds from an East London school, whom she had tapped to design drawings that will end up on a collection of Edun T-shirts, the profits from which will benefit England’s Variety Club charity. “They’re beautiful…very bright and happy,” said Hewson of the children’s T-shirt designs.

The children’s drawings, which are inspired by their London surroundings and feature double-decker buses, flowers and butterflies, will be on display in Liberty so customers can vote on their favorite design. The winning drawing will then appear on an Edun T-shirt to be released in November and sold exclusively at Liberty. Hewson said partnering with Liberty had been a natural move. “It’s one of the nicest stores in London — there’s a certain thoughtfulness in the store, it’s inspiring just to walk through it,” said Hewson. However, Hewson, a mother of four, said she wasn’t planning to check out any other London landmarks during her short stay. “I like my bed these days — that’s a sight I’d like to see,” she said with a laugh.

FAMILY TIES: Ilaria Venturini Fendi presented her latest Carmina Campus bags at a cocktail event at design boutique Skitsch held in Milan on Tuesday during men’s fashion week. The roomy shopping bags were created by recycling a work made with PVC by artist Ugo Nespolo, previously displayed at Milan’s main train station. Venturini Fendi, whose collection is always made with used materials and fabrics, designed these bags, limited to 150 pieces, to mark the 150th anniversary of Campari drinks, whose caps adorn the accessories. “Culture meets the market,” said Venturini Fendi. “I can’t recall a work of art that has been turned into a consumer object — a process that makes the latter more noble, I think,” mused Venturini Fendi.

MALE CALL: As men’s fashion week gets under way in Paris today, designers would do well to court the 15-to-29 age group, a segment in France that is matching women’s apparel in terms of sales. That was one finding presented in a new study by the French Fashion Institute released Wednesday and titled, “Fashion: It’s a Men’s Moment.” Frenchmen belonging to the 15-to-29 age group spent a total of 3.4 billion euros, or $4.74 billion at current exchange, in 2009 on clothing. Meanwhile, 78 percent of 208 men surveyed listed the jean as the number-one item they’re most willing to invest in. “What was most revelatory was the importance men attribute to their appearance today,” said Gildas Minvielle, head of the economic observatory at IFM.

TOTALLY RAD: Rad Hourani has always designed his collection as a unisex concept, but he specifically addressed the men’s market for the first time with a presentation during Paris men’s fashion week. He also used the occasion to launch a line of carryovers called Classic. In addition, Galerie Joyce, where he held the presentation on Wednesday night, is exhibiting “Tranclassic,” Hourani’s photography and video installation, through July 22. The models in the images include Helena Christensen, Elisa Sednaoui and Charlotte di Calypso. Paris-based and Jordanian-born Hourani was a stylist in Montreal before launching his urban-goth collection, which he normally shows in New York.