The brands present said there was increased interest and better-quality buyers. 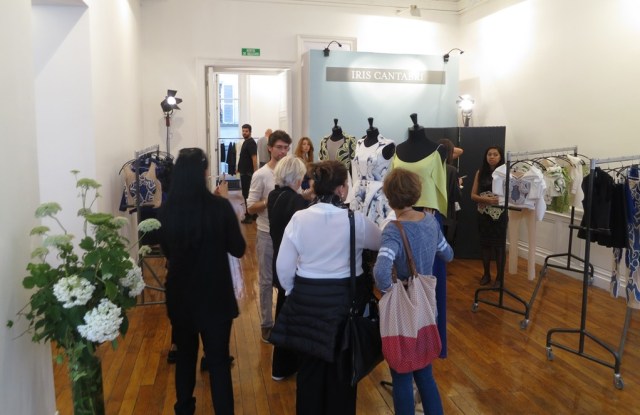 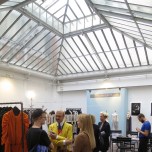 BRAND BUILDING: Designers Apartment continues to gain in clout, with young designers showing at the Chambre Syndicale-backed initiative saying they were beginning to show broader, more commercial collections and noting a strong response from buyers.

“So far, we have more than doubled the number of shops,” said Cem Cinar, sales manager of Y/Project, which had significantly extended its women’s wear offer for its second collection designed by Glenn Martens.

The brand’s drawstring pieces — one of its signatures — continued to sell well, as did a black-and-beige, paneled jumpsuit, said Cinar.

Pitched as a contemporary label, Etienne Deroeux said he significantly expanded his offer for spring to meet demand.

At Designers Apartment, Deroeux had picked up an order from Isetan and seen strong interest from Harvey Nichols, wholesale manager Gina Stewart said.

Top-sellers were a black jumpsuit with a transparent upper, priced wholesale at 196 euros, or $248 at current exchange, and a striped maxi dress at 130 euros, or $164.

“The feedback has been great. People have said the pricing is right for their customers,” said Stewart.

Guillaume Michel, the designer behind Iris Cantabri, was seeing the fruits of a change in positioning. For his third collection, the designer had moved away from “demi-mesure” to present a quirky range of adaptable, sometimes heavily embellished or hand-painted garments — skirts and tops that can be zipped together to make a dress, worn separately or mixed and matched.

“It’s prêt-à-personaliser,” said Michel, who had picked up five new retail accounts during the event, up from one last season. “The quality of the buyers is much better than last time,” he said.

Unlike previous editions, there was only one newcomer: Stéphanie Coudert. The 1999 Hyères winner was showing her second rtw collection with a focus on hand finishing, and had attracted a lot of attention from buyers, she said, adding hopefully that would convert to orders.

Designers Apartment ends its seven-day run in Paris on Thursday.