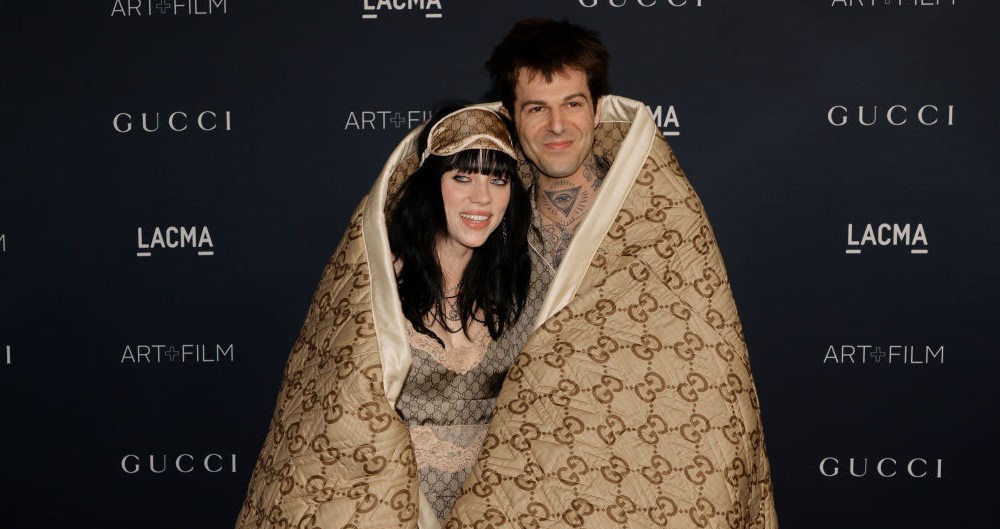 Billie Eilish and her boyfriend Jesse Rutherford gleamed on the red carpet in custom Gucci ensembles at the LACMA Art + Film Gala on Nov. 5.

Eilish wore a floor-grazing lingerie slip dress with lace trims along the neck and hemline. Atop the slip dress, Eilish opted for a long-sleeve silk overlay. The Gucci eyewear model was sartorially playful, accessorizing with a monogrammed sleep mask and blanket. For footwear, Eilish opted for platform Gucci slide sandals.

Fashion stylist Dena Neustadter Giannini worked with Eilish and Rutherford on their looks.

The LACMA Art + Film Gala marks its 11th consecutive year. Hosted at the Los Angeles County Museum of Art, and presented and sponsored by Gucci, the gala championed honorees Helen Pashgian, an artist, and filmmaker Park Chan-wook. Elton John was slated to perform for guests.

LACMA trustee Eva Chow and Leonardo DiCaprio have co-chaired the gala since 2011 in support of the museum’s initiative of raising funds toward making film central to its curatorial programming, exhibitions, acquisitions and education programming at the intersection of art and film.