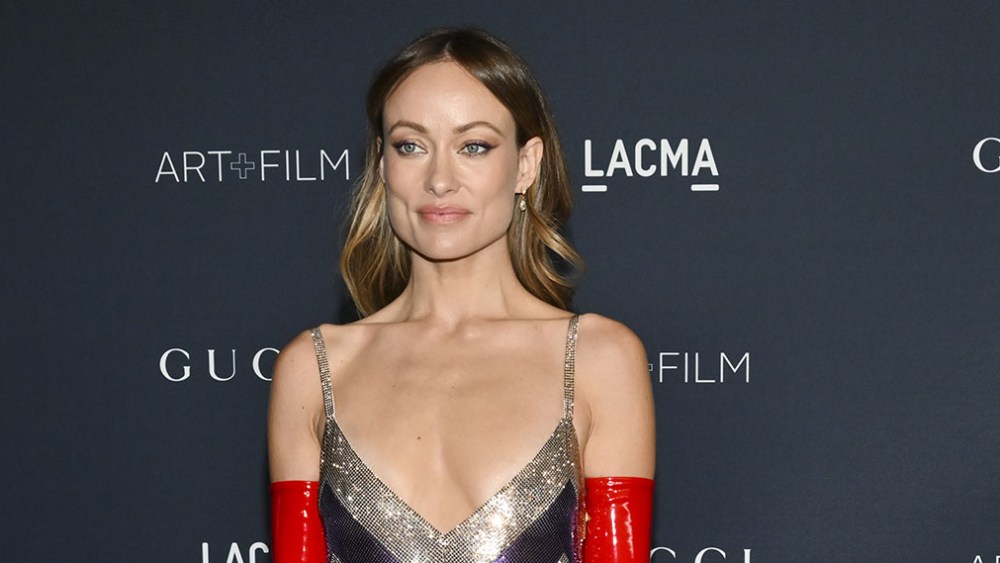 The “Don’t Worry Darling” director attended the event in an embellished purple and silver Gucci gown with a chevron pattern and asymmetrical hemline.

Wilde accessorized with red Gucci sandals and matching opera gloves. She kept her jewelry to a minimum, wearing only gold drop earrings by Reza.

Karla Welch styled the star’s look for the evening. A frequent collaborator with Wilde, she previously selected some of the “Thirteen” actress’ most recent looks, including for the Academy Museum Gala, the Women in Film Honors Gala, and a screening for “Don’t Worry Darling” in New York.

For makeup, she went with pink eyeshadow, light blush and nude lipstick. Her hair was in waves, which were swept behind her shoulders.

Wilde has had an active festival season with the premiere of her psychological thriller film “Don’t Worry Darling,” attending its debuts at the Venice International Film Festival and the San Sebastián Film Festival, along with their respective photocalls. The film marks Wilde’s second directorial credit following “Booksmart” in 2019.