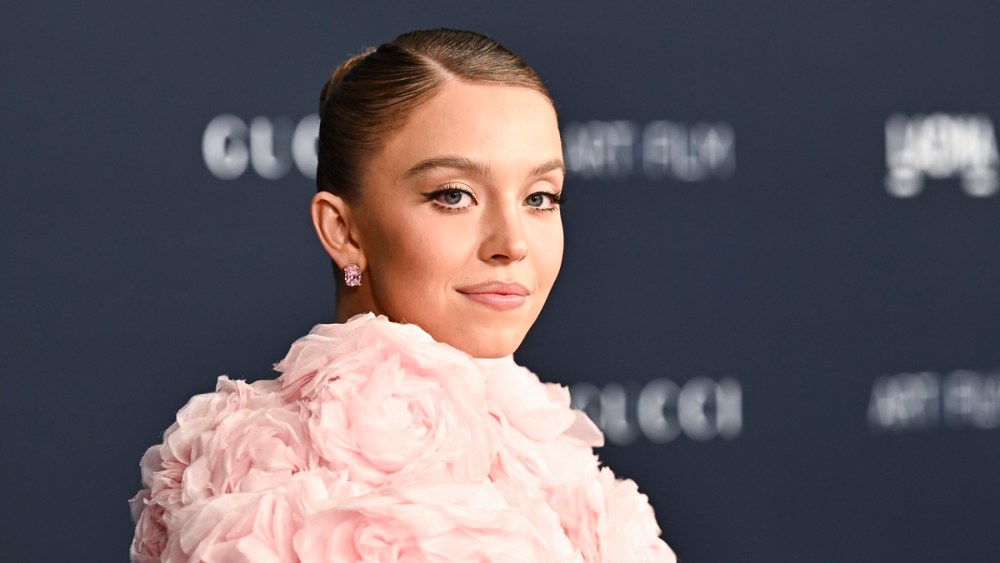 Sydney Sweeney arrived at the LACMA Art + Film Gala in Los Angeles in a whimsical pink ensemble on Nov. 5.

The actress wore a blush pink gown from Giambattista Valli’s fall 2022 couture collection that was adorned with voluminous, dramatic roses around the sleeves. The dress included a deep V-neckline and pleated overlay detailing from top to bottom.

For makeup, Sweeney had rosy blush and a matte pink lip. Her hair was pulled back into a sleek bun with a side part.

Sweeney is known to have a number of standout fashion looks that channel her dramatic glam aesthetic. She wore a custom gray backless gown by Oscar de la Renta embroidered with floral prints to the Emmys, styled by Molly Dickson.

The LACMA Art + Film Gala, presented by Gucci, helped raise funds toward underwriting the museum’s initiative to make film a more central part of its curatorial programming and fund its mission to explore the intersection of art and film.