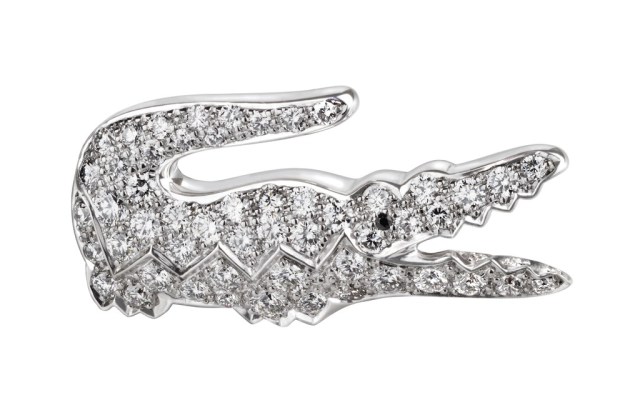 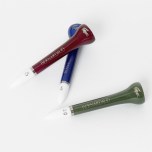 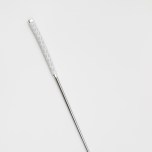 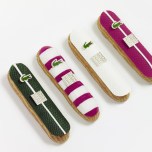 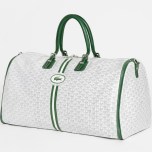 MATCH POINT: In the midst of the French Open, Lacoste celebrated its 80th anniversary with a little help from its friends.

The leisurewear brand invited nine French luxury labels to take part in a party on Tuesday night at Roland Garros, which reached fever pitch when each of the guests presented Lacoste with a unique gift from its workshop.

Baccarat, Bernardaud, Boucheron, Christofle, S.T. Dupont, Fauchon, Goyard, Hermès and Veuve Clicquot drew inspiration from the crocodile, Lacoste’s iconic logo. The gifts were as unique as they were functional, displaying the houses’ savoir-faire, and did not lack a sense of humor, either.

The party item thought up by Veuve Clicquot was a case in point. The French Champagne maker presented a golf bag reworked into a party trolley, containing a cooling bucket for a bottle of bubbly where the golf clubs usually go.

Christophe Pillet, Lacoste’s design director, commented: “It’s as fun as it is functional. Take a closer look. There is even room for Champagne glasses in the pocket which usually stores the golf balls.”

An uber-stylish golf club in homage to René Lacoste’s wife, golf champion Simone Thion de la Chaume, came from silversmith Christofle. “I think this is a premier,” said Thierry Oriez, the brand’s chief executive officer. “We have never done a golf club before.”

Claire Choisne, artistic director at Boucheron, meanwhile, said she took cues from a special order Lacoste placed with the high jewelry maker in the Fifties. “It was a gift for Simone, a little brooch of which we still have the original drawings,” explained Choisne, who tweaked the idea and used sapphires and diamonds. “After all, animal creatures have also been part of our DNA.”

Guests nibbled on French pastry master Fauchon’s take on the reptile, which took the form of éclairs whose colors echoed the eclectic palette of Lacoste’s polo shirts, while Hermès took the cues literally and presented a luxurious tennis bag from green crocodile leather.

“This is exactly what we wished for,” enthused Pillet. “I can’t even tell what my favorite piece is.”

While the gifts from Boucheron, Bernardaud, Christofle, S.T. Dupont and Fauchon will be reproduced for special orders in a limited edition of 80 pieces, the remaining items are to go straight to Lacoste’s vast archives.

All of the gifts will be exhibited at Paris concept store Colette from June 10 to 15.