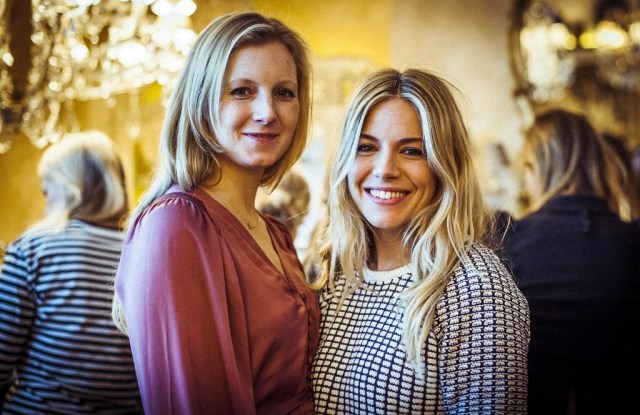 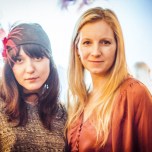 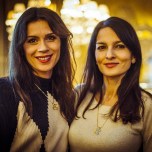 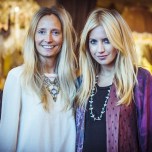 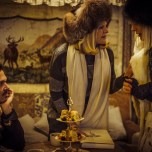 LADIES OF THE CLOTH: Sisters Sienna and Savannah Miller shifted into full garmento mode this week at the unveiling of the latter’s spring collection in London. “Feel it,” insisted Savannah of the blouse she was wearing. “It’s not silk — 100 percent polyester, baby. It’s so exciting to be able to make clothes that are affordable,” she said during her presentation in the quaint downstairs tearoom at Mari Vanna in London’s Knightsbridge.

“Oh my God, look,” gasped Sienna as she pulled a yellow scallop edged minidress from the rail, after already having made an order for a barely there camisole dress. For six years, the Miller sisters were co-creative directors of the Twenty8Twelve fashion brand, a collaboration that ended with the spring 2012 collection. The spring 2013 line is Savannah’s second since the Twenty8Twelve collaboration ended, and the designer said she was inspired by the Summer of Love.

“I was looking though Vogues from the Seventies,” said Savannah. “I spent about two days in the library at Vogue House going through the archives.” That hippie vibe shone through in Seventies shapes, boho lace dresses and vests, flared jeans with plaits at the waist, a floral print kimono, polite tea dresses, swimwear, sandals, boots and platforms.

Savannah is backed by Jens Grede of the Saturday Group and will be stocked exclusively at nelly.com for spring, as part of a two-season exclusivity deal. Following that, Miller said she hopes the 69-piece collection will be picked up by House of Fraser in the U.K. and Macy’s in the U.S.