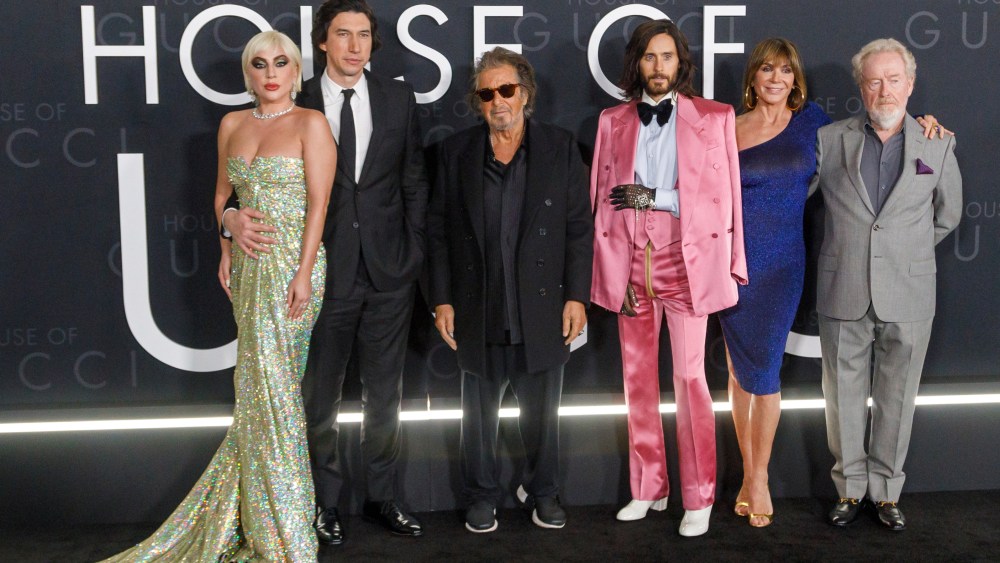 The “House of Gucci” cast has touched down in Los Angeles.

Lady Gaga and Jared Leto led the way on the red carpet of the film’s premiere Thursday evening, as they both stunned in creations by Italian fashion houses.

The singer-actress wore a sequin-embellished, strapless gold gown from Valentino’s summer 2021 collection. She traded in her long hair and opted for a pixie cut and bold eye makeup look topped with a red lip. Her jewelry was by Messika and she was styled by Sandra Amador and Tom Eerebout.

Leto continued his hot streak of wearing Gucci creations. The Oscar award-winning actor wore a pink satin tuxedo from the label’s spring 2022 collection that debuted during its Love Parade on Hollywood Boulevard earlier this month with white booties and black lace and jewel-embellished gloves.

“House of Gucci” depicts the events that led up to and the aftermath of Maurizio Gucci’s murder orchestrated by Reggiani, his ex-wife, in 1995. At the time, Maurizio was the head of the iconic Italian fashion house, which was founded by his grandfather Guccio Gucci.

MGM Studios’ “House of Gucci” is set to premiere in theaters Nov. 24.

A Look Inside the New York ‘House of Gucci’ Premiere