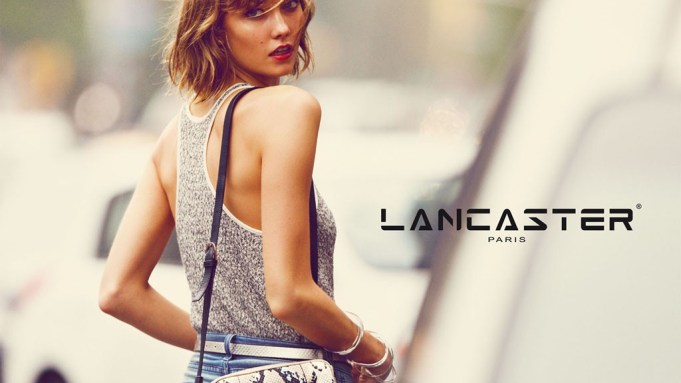 “We were looking for someone that would represent the Lancaster girl here in the U.S.,” said Evelyne Ling, director of U.S. operations. “Our photographer, Guy Aroch, suggested Karlie. It was the perfect fit.”

The ads, which Kloss will debut today on her Instagram account, show the model running around Manhattan.

In addition to the new advertising strategy, the brand has rethought several design elements in order to become competitive in the American market.

“We showed the collection to different people in the industry because we wanted to be sure we were making the right move,” Ling said. “We had a great response, but also had to make some changes, like adding more color. We really tried to take into account all the feedback.”

Lancaster Paris is sold in select designer boutiques across the U.S., including Venture in New York, Petticot Lane in Greenwich, Conn. and Globe in Savannah, Ga. The brand is currently looking at potential locations for a Manhattan flagship.