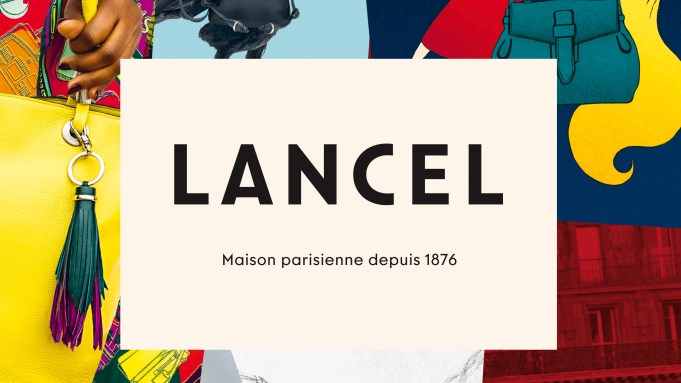 BIRTHDAY BASH: French leather goods-maker Lancel pulled out all the stops for the tome celebrating its 140th anniversary, which was celebrated Thursday night in a gallery on Paris’ Right Bank.

“The idea was to celebrate the [brand’s] 140 years and turn more toward the present and future than the past,” said Marianne Romestain, Lancel’s chief executive officer. “We gave carte blanche to a certain number of contemporary artists — illustrators, photographers and writers — to try and interpret the spirit of Lancel today.”

The executive said she learned a lot in the process of the book’s conception, especially about the period spanning from the Twenties to the Thirties, which was particularly rich in innovation.

Laurence Benïm, who directed the editorial project, said she was also struck by the innovations and number of patents Lancel had chalked up over the years. “For us today Lancel is about bags, but at its start it was the maker of items for smokers, which corresponded to an art de vivre,” she said.

Stéfi Celma explained that when she was small, “Lancel was a brand that made me dream.” The French actress is hard at work on the second season of TV series “Dix Pour Cent” and has just finished the films “Telle Mère, Telle Fille,” with Juliette Binoche and Camille Cottin, and “Les Ex” with Jean-Paul Rouve and Arnaud Ducret.

Lancel’s book, published by Flammarion, is due out on Oct. 26.

Also helping fete the house’s birthday is an itinerant exhibition that shines a spotlight on key designs from the label, such as its umbrella bag from 1929, automatic lighter from 1937, kangaroo bag from 1956 and Charlie bag from 2015. Postcards featuring the artists’ works that figure in the book and a digital game make up the exhibit, as well.

The show has been traveling since September in a bus that’s already made stops in Paris, Nice and Toulouse, France, plus Brussels. Up next is Lyon in early November, before it settles back in Paris, this time in Lancel’s flagship there.

Other guests at the party included Lou Lesage and Audrey Marnay.