Bohinc will debut collection at Decorex in September. 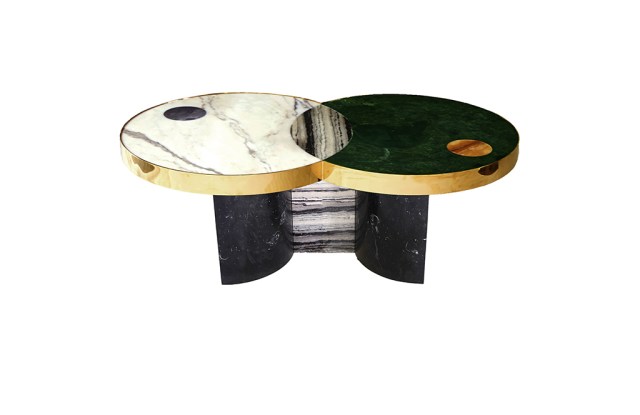 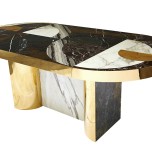 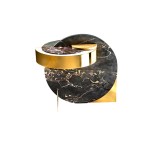 CELESTIAL COLLECTION: London-based jewelry designer Lara Bohinc is working again with Lapicida, a British company that specializes in natural stone. She has designed a furniture collection that will launch in September at Decorex, the design fair held in Syon Park, near London. In 2014, she created the Solaris rotating table, which was influenced by celestial forms, and she’s looked once again to the stars — and to Venice — for her latest outing.

“I’ve visited Venice many times, but working with Lapicida has led me to see the city’s decorative stonework with a new and informed eye,” Bohinc told WWD. “There’s such an exciting visual mix going on there; you see classical stone marquetry techniques such as Pietra Dura alongside contemporary designs in marble. I love geometry and strong, graphic forms and I love rich, textural materials.”

Her three-piece Lunar collection includes the Half Moon dining table, the Sun and Moon coffee table and the Full Moon side table made from colored marble and brass or 18-karat gold-plated steel rims. Influenced by Venetian architecture, Bohinc has also used marble inlays, in colors such as Persian gold, verde Guatemala, red wine, black and gold.

After its Decorex debut, the Lunar Collection will be on show at Lapicida’s showrooms worldwide as well as Bohinc’s Notting Hill showroom.