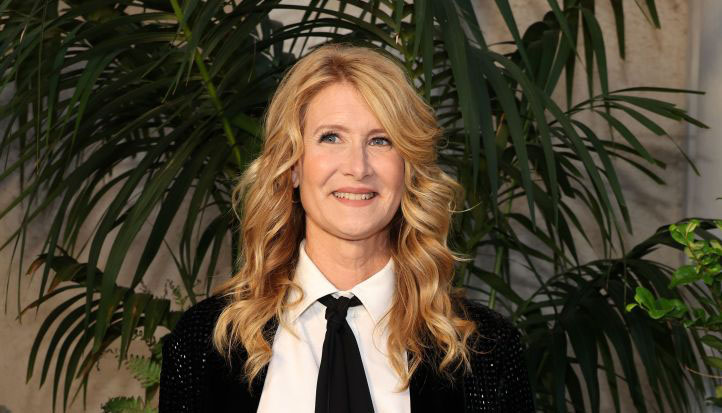 The actress wore a classic white button-up collared shirt with a pair of gray trousers and a black slightly rounded-toe shoe. The statement piece was an ankle-length sparkling coat with a velvet trim collar and matching sleeves.

Dern went for a natural makeup look with a subtle pink lip, just a hint of blush and a bit of mascara. She styled her blond wavy curls parted to one side.

Dern has had a busy year on the promotional film circuit. She starred in the summer blockbuster “Jurassic World Dominion,” the latest installment in the franchise. She’s also gearing up to promote her new film “The Son,” where she stars alongside Hugh Jackman, Vanessa Kirby and Anthony Hopkins.

Dern has had a long-standing career in the film industry, with acting credits dating back to the ‘80s, but it was her role on HBO’s “Big Little Lies” that started garnering her more attention from the fashion industry. Her show’s character, Renata Klein, is an avid fashion lover. Since starring in “Big Little Lies,” Dern has attended the Met Gala in custom Gabriela Hearst and attended Dior’s cruise spring 2018 show.