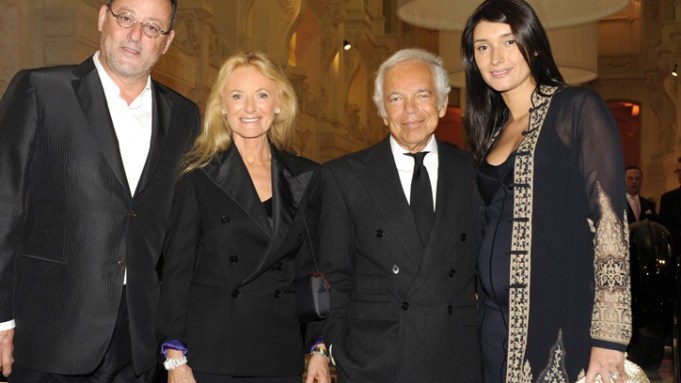 “I drive very fast, even though I don’t have a racing car,” the Chinese actress said with a laugh Tuesday night after a personal tour of Ralph Lauren’s vintage car exhibition at Les Arts Decoratifs.

Ziyi is promoting her forthcoming movie, tentatively titled “True Love,” billed as the first to tackle a taboo subject in China: the AIDS epidemic. She plays a village girl who contracts the virus from selling her blood.

French actress Mélanie Thierry said she’s none too comfortable behind the wheel. “I prefer trains and the subway,” said the actress, who is heading to the Cannes Film Festival for her new film, “Impardonnables,” but avoiding the famous red steps.

“I leave the driving to him,” Michelle Yeoh remarked, aiming a thumb at her partner Jean Todt, who heads the motor racing body FIA. The actress just wrapped Luc Besson’s “The Lady,” in which she portrays Burmese pro-democracy leader Aung San Suu Kyi. “I think it’s the role of a lifetime,” she enthused.

Lee Radziwill, Jean Reno, Lambert Wilson, Emmanuelle Béart and “Nikita” actress Anne Parillaud were among those who ogled the rare vehicles, all polished to a liquid gleam, before dining on parmesan soufflé and sea bass amidst the museum’s gilded splendor.

Scottish racing legend Jackie Stewart paid a visit to the cherry-red Ferrari he once piloted to victory in Australia in the Sixties: It’s now part of Lauren’s vast collection. “I never owned any fancy cars,” he insisted. “I collect paintings and sculptures. They’re less expensive to keep.”