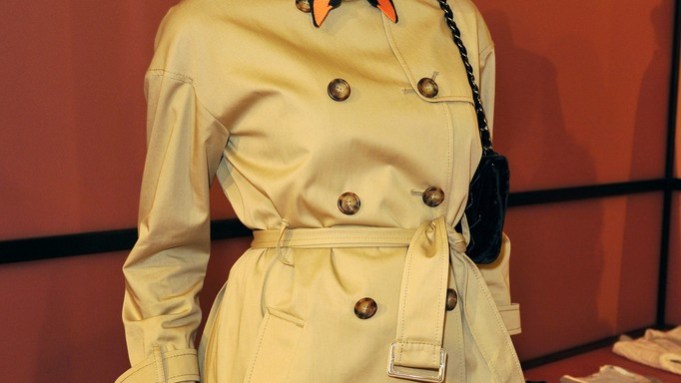 NIPPON MANIA: Diane Kruger, Olympia Le-Tan and Chitose Abe were among guests celebrating Japan at the Bon Marché on Tuesday night in Paris.

Sacai is one of the Japanese labels highlighted at the Parisian department store’s retail showcase.

“Getting out of Japan and seeing the world was something intimidating to me because it is very different,” Sacai designer Abe said via a translator. “Also because I don’t speak foreign languages. Designing is a way to express myself. I think that the case for many Japanese designers.”

“I have been to Japan a few times,” said Kruger, sporting a trenchoat by Red Valentino. “My fiancé [Joshua Jackson] has shot a movie there […] Japanese cinema is sublime and I love the food –specially udon noodles, but all Japanese cuisine!»

The actress has just finished shooting the second season of “The Bridge” and is to star in a film directed by Fabienne Berthaud, where she plays Yvan Attal’s wife.

Le-Tan said she very much into food these days. After collaborating with chocolate maker Pierre Marcolini, she is to unveil a minaudière for Caviar Kaspia. Yaz Bukey, Pierre Hardy and Matsuo Irié were also among designers attending.

“It is a great time for the Japanese designers now [in Paris]. Everyone is interested in Japan,” said Irié, who has been living in Paris for around 40 years, starting as Kenzo Takada’s assistant.

Pierre Hardy, a regular of Kunitoraya, a Japanese restaurant in Paris, is to celebrate the 15th anniversary of his brand during Paris Fashion Week.

“We love Japan because it is very refined. The Left Bank clientele loves Japan,” explained Patrice Wagner, chairman and chief executive officer of Le Bon Marché. “We felt there was renewal in Japanese creation after the Fukushima catastrophe.”

Brands displayed at the event include Beams, Kitsuné, Tsumori Chisato and Kolor.

The love story runs both ways. “The Japanese love Paris,” said photographer Anju, wearing a dress by Yu Amatsu. Anju’s works is displayed at the store’s event, on behalf of the Kokoro 11.3.11 association, which benefits the population affected by the 2011 earthquake in the East of Japan.