A lively mix of actors, designers, Italian creatives and luxury executives feasted on pasta and ice cream at the Paris department store. 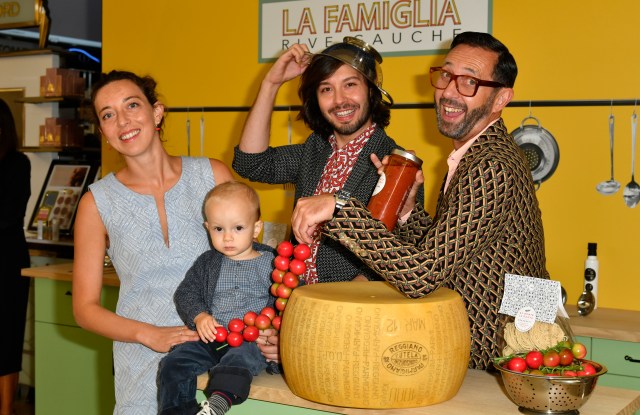 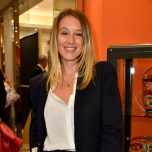 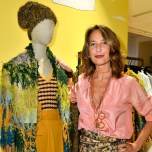 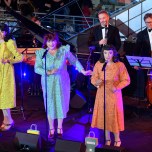 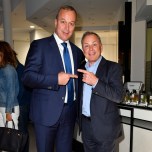 Le Sorelle Marinetti, a trio of drag queens dressed in retro outfits, performed under a suspended installation by artist Edoardo Tresoldi on the beauty floor of the department store, which had been transformed into a food station, complete with a cart offering gourmet ice cream from Il Gelato Del Marchese.

Ian Rogers, LVMH’s chief digital officer, took advantage of the event to cram in some shopping. “I’ll take one in every color,” he said, picking up three ceramic trays shaped like egg cartons and heading off to the cash register.

“The kitchen is always the most fun place at any party, because that’s where the conversation really gets going,” said Miceli, whose sister Camille — who designs jewelry for Vuitton — dropped by with Carven designer Serge Ruffieux.

Miceli splits his time between his work for fashion clients including Chanel, Fendi and Emilio Pucci, and sourcing ingredients for his line of pasta, sauces and olive oil.

He was worried about achieving a perfect “al dente” texture for the pasta served at the party, but was relieved when he saw Le Bon Marché’s kitchen equipment. “There is this pot that is two meters wide, and it has an automatic handle to pull out the pasta. So voilà — 1,500 people served, just like that!” he marveled.

Le Bon Marché ceo Patrice Wagner revealed the basement kitchens had been renovated over the summer in preparation for the opening this fall of a second branch of La Grande Epicerie, the store’s iconic food hall, in a building formerly occupied by the now-defunct Franck & Fils department store across the Seine.

“Everything you buy from us is made by us,” he said at a lunch earlier in the day in honor of Italy’s ambassador to France, Giandomenico Magliano, and his wife Giada, who helped to bring on board many of the Italian brands in the exhibition, which spans fashion, food, homewares and sport.

“There is a lot of innovation — niche Italian brands who without Le Bon Marché would not be able to have a presence here in Paris,” Magliano explained. “These are functional, accessible products for daily use that make people happy.”

Uberta Zambeletti was inaugurating the first overseas pop-up store for Wait and See, the Milanese concept store she founded in 2010, featuring exclusive products designed by Italian brands. So how did she feel about entering the temple of Left Bank chic?

“Ah, mamma mia — it’s the mecca of beauty and luxury. It’s just sublime, what can I say? When I walk into Le Bon Marché, I just wish I had a pair of rollerblades so that I could whizz around,” she exclaimed. “Right now, I’m the happiest woman in the world.”