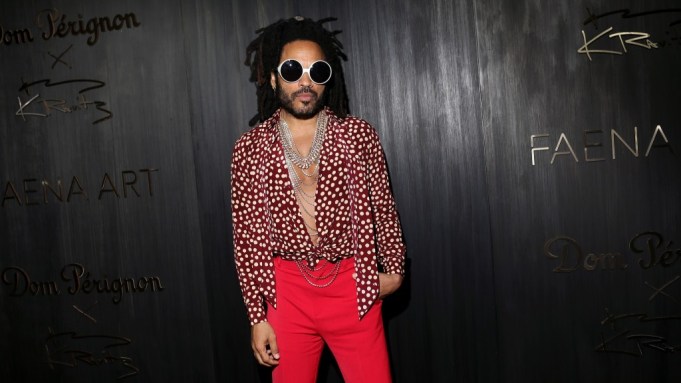 Lenny Kravitz is adding a new accolade to his lengthy list of awards.

The Grammy-winning musician is the latest celebrity set to receive the coveted CFDA Fashion Icon Award. The Council of Fashion Designers of America announced the award on Thursday, as well as the list of nominees and other honorees for this year’s awards ceremony, which will take place on Nov. 7.

Kravitz joins a large slate of celebrities who have won the award, including Zendaya, Rihanna, Jennifer Lopez, Beyoncé, Pharrell Williams, Lady Gaga and many others.

Kravitz has long made an impression for his style, as well as his music. The musician has an effortless, cool style that often includes black leather, sunglasses, bold prints and eclectic pieces. His style has remained consistent over the years and has made the musician one of the long-running male style icons that’s remained in the cultural lexicon. Kravitz’s fashion sense has landed him several brand partnerships and campaigns, such as with Saint Laurent, who made Kravitz the face of its YSL Y fragrance in 2020.

“For me it’s about fitting my silhouette and expressing just how I want to feel at that time, whether it’s just wearing a pair of jeans and a shirt and some boots and going out into the world or being on stage,” Kravitz told WWD about his style in 2020. “It’s about expressing that moment. So, I wear lots of different clothes. Right now, I wear a lot of vintage clothes that I mix in with [higher brands]. And I even make clothes. I make jeans and things for myself. But it’s about a vibe and for me, I like it to be elegant but at the same time street and rock ‘n’ roll.”

Here, WWD looks back at Kravitz’s style evolution through the years. Click through the above gallery to see more.