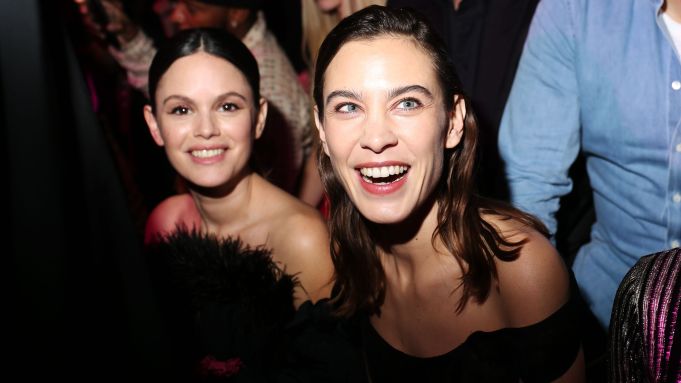 Christian Siriano is all about appealing to the everywoman, and the designer’s taken that mentality one step further with his latest collaboration: a handbag inspired by Ziploc’s new product, reusable accessory bags.

The curious corporate linkup got a boost from Rachel Bilson, who sat front row at his show at Spring Studios Wednesday night along with Leslie Jones, Heidi Klum, Alicia Silverstone, Angela Sarafyan and Indya Moore. The actress prominently displayed the hot pink “Clutter Couture Bag,” which features an exterior inspired by the type of items that tend to accumulate over time and settle on the bottom of bags.

“I just think it’s so cool to give attention to what everyone goes through when their bag is just a clutter of so many things,” Bilson said. “And I love that he designed an art piece to coincide with what Ziploc’s doing with the accessories bag. And I think every woman could use a little organization help when it comes to things that go in their purse.”

And what items are likely to clutter the bottom of one of Bilson’s bags? “Well I always have my kid’s socks, change of underwear, snacks, things to play with — and then for me, gum and chapstick,” said Bilson, who flew back to Los Angeles later that night to be reunited with her young daughter. “It’s a treasure trove, for sure.”

Ever since Siriano designed a custom dress for Jones for the premiere of “Ghostbusters,” the actress has been an enthusiastic supporter (and was particularly vocal about her support during Coco Rocha’s finale walk). What she loves most about the designer? “That he makes clothes for everyone,” she said. “Everyone.”