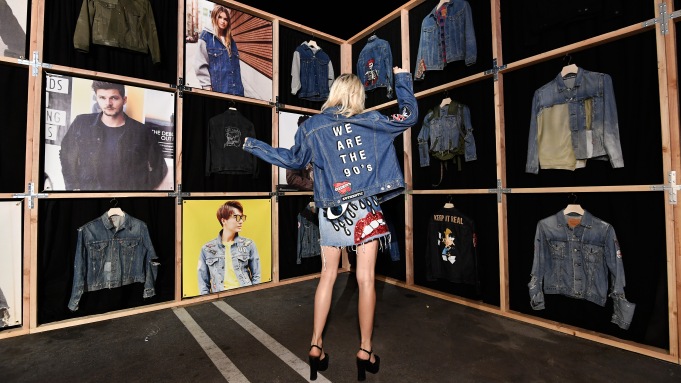 To celebrate the 50th anniversary of its Type III Trucker jacket, Levi’s asked 50 celebrities and influencers to design and customize the jean jacket in the same DIY spirit that has helped make it so popular over the last half century.

Their creations will be unveiled Thursday night as part of an installation at the Levi’s Haus in West Hollywood, where Snoop Dogg will DJ a party, followed by performances by Knowles and Chance the Rapper.

The Trucker jacket was popularized during a perfect storm of the new youth movement, the explosion of rock ’n’ roll, and the embrace of fashion as rebellion. After it debuted in 1967, the Type III quickly became a major symbol of popular and music culture with George Harrison wearing one during the Summer of Love in San Francisco. Music promoter Bill Graham produced a series of Levi’s radio ads recorded by Jefferson Airplane.

In 1967, the jacket was also branded as a companion piece to the new 505 zipper‐fly jean and was badged with the product number 70505. Until then, Levi’s denim jackets — the Type II and the Type I that debuted back in the late 1800s — were mainly workwear.

Levi’s feted another milestone earlier this year with an anniversary collection to mark May 20, the day the blue jean was invented 144 years ago, as 501 Day. A few months before that, it linked with Rolling Stone to celebrate the magazine’s golden anniversary coinciding with the invention of the Trucker jacket.