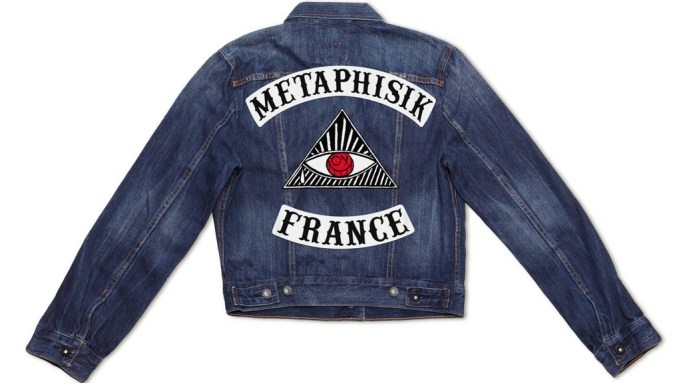 BLUE MAN GROUP: Levi’s has made French-American tie-ups a leitmotif for its new Champs-Elysées flagship, and already tapped musicians Pedro Winter and James Murphy to perform at its opening bash earlier this month.

Next up is a trans-Atlantic collaboration between graffiti artists André Saraiva and Shepard Fairey, who is behind the “HOPE” portrait of Barack Obama. Each of the men created two trucker denim jackets: one for women and one for men. They’re priced at 190 euros, or $235 at current exchange rates.

The four items are set to launch on June 14, exclusive to the Paris flagship store. Longtime friends, Saraiva and Fairey are to trade spray cans for turntables and serve up beats at the store on that night.