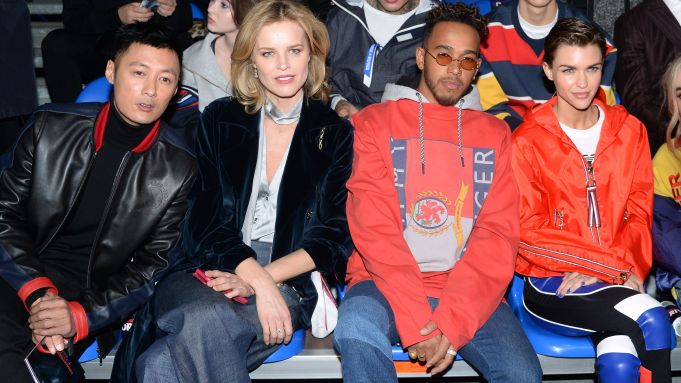 LEWIS FOR TOMMY: Lewis Hamilton was clearly impressed by Tommy Hilfiger’s set at the TommyNow show in Milan, which re-created a Formula One racetrack. “I can’t believe it. I am struggling to grasp this,” he said backstage. “The crossover between Formula One and fashion is there but it’s never been acknowledged before now. It’s the first time Tommy is bringing over the cars…To have that fusion, it’s really great and what drives us. Tommy has been crazy about cars and racing for a long time.”

Asked whether he could be following in Gigi Hadid’s footsteps, designing the next capsule for the brand, or launching his own fashion line, the stylish Formula One champion, often seen front row on the international fashion circuit, demurred. “I don’t think there’s any plans at the moment, I love [fashion] but at the moment I am like an intern. I am trying to learn from Tommy but who knows what we have up our sleeves for the future,” he said.