Liberty is heading across the Atlantic this summer as the latest brand to partner with Nordstrom for the themed shop Pop-In at Nordstrom, WWD has learned. 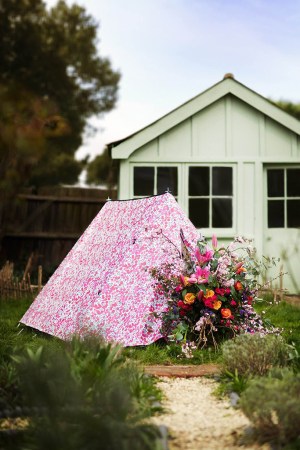 LIBERTY GOES POP: Liberty is heading across the Atlantic this summer as the latest brand to partner with Nordstrom for the themed shop Pop-In at Nordstrom, WWD has learned.

The shop will stock home and kitchenware, food, gifts and accessories, all of which are made in England. Merchandise includes a tent, mini-suitcase, birdhouses and teapots, all awash in Liberty’s floral patterns.

The pop-up will run from July 3 to Aug. 2 at five Nordstrom stores: Seattle and Bellevue Square in Washington; NorthPark Center in Dallas; San Francisco Centre in California, and Tysons Corner Center in Virginia. It will also be available on the Web site nordstrom.com/pop.

Olivia Kim, Nordstrom’s director of creative projects who devised and launched the series of pop-ups in 2013, said it was Liberty’s heritage and history that made it an ideal collaborator. She added that Nordstrom will be the first to carry the Flowers of Liberty homeware collection outside the U.K.

Liberty, which is marking its 140th anniversary this year, plans to make further inroads in other markets, with plans to wholesale its in-house luxury accessories line, known as Liberty London, this year.

The accessories were launched in the U.K. in 2013, and are adorned with Iphis, a reworked Art Nouveau print from the retailer’s archive, which is home to more than 40,000 fabric designs. The scarves are covered in a variety of prints.