For the first time, the windows of the Great Marlborough Street store won’t be decorated with the retailer's product, but will instead be adorned with the company's visual interpretation of the classical Royal Ballet production of "The Nutcracker." 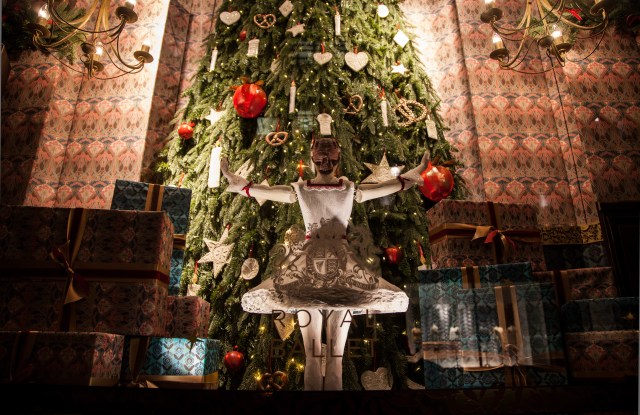 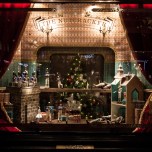 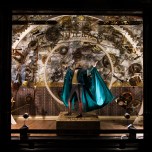 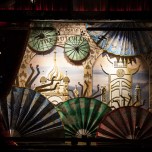 BRITISH BALLET: Liberty has teamed with the Royal Ballet at the Royal Opera House for its holiday window installation, the “Liberty Nutcracker.”

For the first time, the windows of the Great Marlborough Street store won’t be decorated with the retailer’s product, but will instead be adorned with the company’s visual interpretation of the classical Royal Ballet production of the Nutcracker.

Using ceramic figurines and festive fixtures, the showcase will include the retailer’s take on scenes from the ballet, such as The Nutcracker’s battle with the mouse king; Clara at the Christmas party, as well as the sugar garden in the kingdom of sweets.

The windows at the retailer are taking on “a more conceptual and alternative appearance,” with a focus on music dance and drama, according to Liz Silvester, head of visual at Liberty.

“The Nutcracker is synonymous with The Royal Ballet and one of the best-loved works the world over,” said its director Kevin O’Hare.

“For many people, it’s the ballet that was their first contact with the art form and has inspired them to explore other great classics. With its familiar score, a Christmas tree that grows on stage, and a whole host of magical characters including the mysterious magician Drosselmeyer and the iconic Sugar Plum Fairy, it is a work that every young ballet dancer dreams of being part of. To be bringing The Nutcracker to life in the windows of Liberty at Christmas through this new partnership is a wonderful way to share our work with many more people.”