LONDON — Last August, twelve merchants and designers from Uniqlo’s headquarters in Japan arrived in London and spent 48 hours holed up in Liberty’s basement, trying to select the prints for the upcoming collaboration between the Japanese retail giant and London’s storied department store.

“That was biggest challenge,” Yukihiro Katsuta, head of research and design at Uniqlo, said of the time his team spent trying to choose prints for the collaboration from Liberty’s archive of over 42,000 prints from its 140-year history of designing and selling fabrics. “I was so impressed how they organize their history. Once we came up with some ideas or images, they can bring up options so quickly because they organize by color, by year, by theme…”

The collection of 28 pieces for men, women and men featuring Liberty prints on Uniqlo-fabricated clothes are to launch in the U.K. on Mar.18 and roll out globally on Mar. 24. The 146 skus will also be available on both Liberty’s and Uniqlo’s Web sites and in a pop-up shop on Liberty’s 1st floor. The launch will coincide with the reopening on Uniqlo’s Oxford Street flagship .

The partnership was initiated last spring, when Scott Tepper, Liberty’s fashion buying and merchandising director and head of collaborations, approached Andrew Rosen (Uniqlo’s American partner) with a proposal featuring Uniqlo’s campaign images featuring Liberty’s prints superimposed on the garments. “It was a very rough proposal but it actually, really a lot of it did end up in the collection,” said Tepper.

He said the process of working with Uniqlo’s team to find the perfect prints for the collection was “the most fun I’ve had in years.” “

“At some point we had to say stop because what started as a small ladies capsule turned really big and now it’s men’s and it’s kids, across all the options; It’s really substantial,” said Ed Burstell, Liberty’s managing director. “That’s part of the magic of working with Uniqlo, when they do this, the real estate that they devote to it in their stores, and the way that they market it, you can’t ask for a better partner, this is their thing. They are going to take this and explode it around the world. All 1,700 of their stores! Obviously, very selfishly, getting a partner that can take you out into 1,700 stores, what that does for brand awareness is magic.”

And that was maybe the biggest draw card for the store – greater global reach. “Half of our profits as a business comes from fabric, which we design and sell to the world,” explained Burstell. “So if you’re with a partner who has 1,700 stores, that explodes your global awareness and that will equal more fabric sales around the globe.”

Accessing consumers in China through Uniqlo’s over-300 stores there was also a big benefit. “That’s a huge opportunity for us to take Liberty to China,” said Burstell. “We don’t trade there significantly at all and there is no way we would start up on our own.”

The collaboration also ties in to the department store’s desire to appear accessible. “Hopefully it will introduce a whole new customer to us because everyone in fashion that I know, I don’t care if you live in Paris or here or New York, you own a piece of Uniqlo,” said Burstell. “And that accessibility is something that we want to push here because, at the end of the day, we are not a luxury store, we’re very, very accessible. We sell chocolate and we sell stationary and we sell tea towels. We happen to sell luxury products as well.”

Uniqlo hired photographer Nick Knight to shoot the collaboration’s imagery, and the campaign will break a week before the launch across print and outdoor channels. 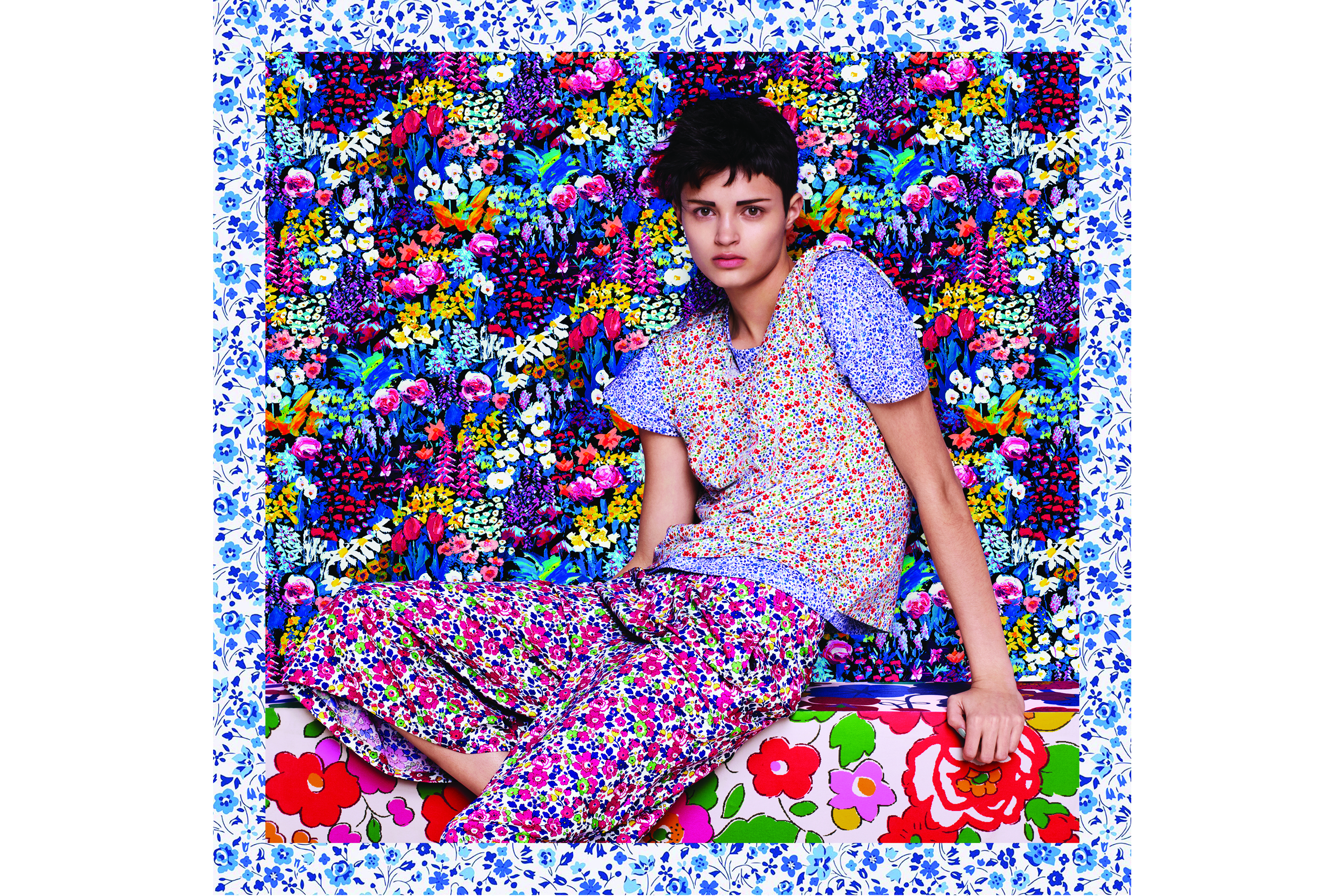 A look from Liberty’s collaboration with Uniqlo