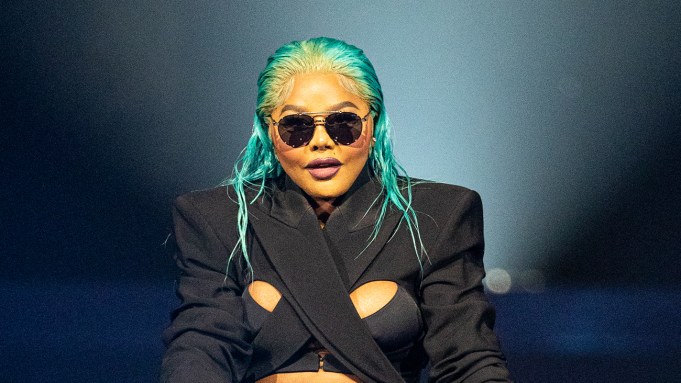 Lil’ Kim may have skipped the red carpet at the 2022 BET Awards, but she still made the biggest impression on viewers.

According to data from Google, Lil’ Kim was the top-searched performer at the awards show that took place Sunday night. The rapper attended the awards show to pay tribute to Sean “Diddy” Combs — who was awarded the night’s Lifetime Achievement Award — to sing a medley of his songs alongside Mary J. Blige, Faith Evans, Busta Rhymes, Shyne and Jodeci.

For the performance, Lil’ Kim wore a statement-making outfit that consisted of a cutout and cropped blazer top over a black bodysuit paired with sheer black tights and silver bedazzled knee-high boots. She completed the look with light-reflecting sunglasses, black leather gloves and blue hair.

While she was the top-searched performer at the BET Awards, she ranked fifth in top-searched red carpet looks. That ranking was led by musician Summer Walker, whose red carpet look stirred controversy among viewers as she was accused of sexualizing the attire of indigenous people.

Walker was followed in the ranking by Billy Porter, who went with a Gothic-inspired Rick Owens look that consisted of a gray wool sweater with pointed shoulders and a matching gray wool skirt. Porter was followed by rapper Saucy Santana, who wore a yellow and green houndstooth print sculptural jacket paired with ombré feathered boots from Area’s spring 2022 ready-to-wear collection.

In fourth was actress Marsai Martin, who wore a silver bedazzled and fringe-embellished minidress from Dolce & Gabbana.

Click through the above gallery to see more red carpet looks from the 2022 BET Awards.

The Standout Fashion Moments From the BET Awards 2022 Red Carpet