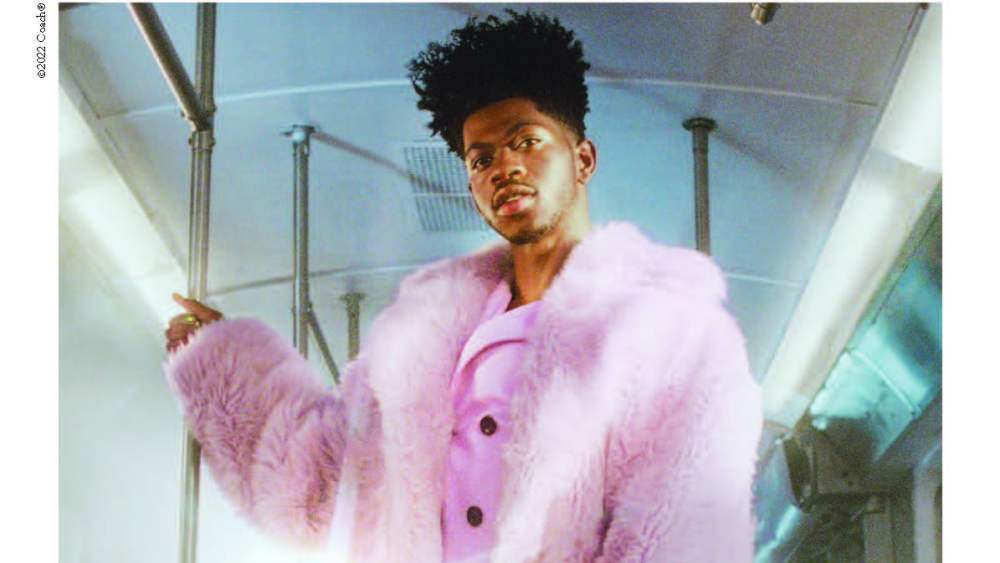 Lil Nas X is bringing his star power to Coach.

The rapper, who was recently named a Coach brand ambassador, is starring in the fashion brand’s new short film called “Courage to Be Real.” The short film features Lil Nas X’s new song “Star Walkin’” and was directed by Petra Collins.

The messaging behind the short film is to encourage self-expression and “embracing all aspects of who you are with confidence,” according to Coach. The film shows the rapper’s evolution into becoming the person he is today and depicts the struggles he’s endured throughout his life. The short film follows Lil Nas X from his early days in Atlanta, Georgia, to his rapid rise to stardom.

“My whole career has been about breaking down doors, and this campaign represents everything I’ve overcome so far,” Lil Nas X said in a statement. “It’s about walking into new chapters of life, new experiences and new versions of myself, and it’s rooted in authenticity and self-expression — two things I really care about. It was really fun collaborating with [Coach creative director] Stuart [Vevers] and Petra to bring this to life.”

Vevers also spoke about tapping Lil Nas X for the campaign and his intended message behind the short film, stating: “My vision for Coach has always been to create a fashion world where people feel free to express themselves as they are. To bring this vision to life, I was thrilled to bring Lil Nas X and Petra Collins together with Coach for the first time — two artists who have changed the world around them by being themselves. The film we created together is a new form of storytelling that not only feels unexpected and different for us, it helps to create a community around the values we share with the next generation.”