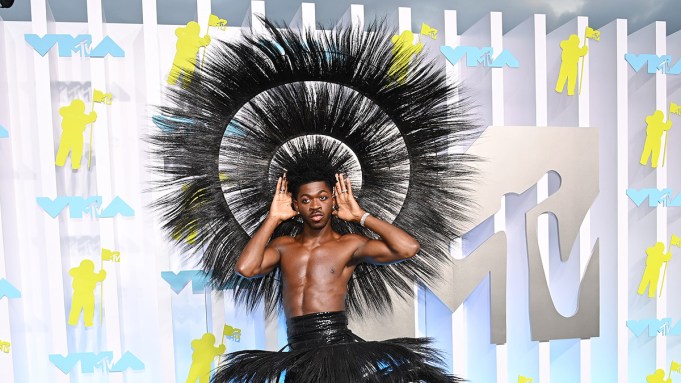 Lil Nas X made a commanding entrance on the red carpet at the MTV Video Music Awards on Sunday in Newark, N.J. The “Montero” artist, who received seven nominations alongside Kendrick Lamar and Jack Harlow, wore a striking look by Harris Reed.

Reed’s conceptualizations have been worn by Beyoncé, Iman and more. Beyoncé wore a number of custom pieces from the line on the cover of British Vogue in June, including a feathered headpiece in collaboration with Vivienne H. Lake accompanied by a black turtleneck Alaïa dress and heeled boots; the looks were styled by Marni Senofonte.